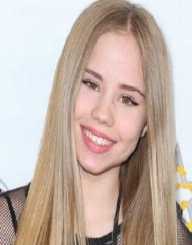 Lexee Smith knew before she was in school that she wanted to be famous. Today this social media star is a member of popular dance teams.

Lexee Smith was born on March 2, 2001, in Texas. She has always wanted to be famous. She spent a lot of her childhood in Houston, Texas. In 2013, the family moved to Los Angeles, California. She has two younger brothers.

Lexee Smith loved to show her talent on social media like YouTube videos and such. However, her rise to fame came when she was a member of the dance team “Latin Flavah.” The dancing party crew was a part of the television series.

Dancing is Smith's passion. After she got her start with “Latin Flavah,” she has continued dancing. Most recently she has been a part of “lilBEASTS” dance crew.

Lexee Smith is a fashionista in the making. Her peers and fans look to her to see what she is trending. She is also looking into a career in modeling and acting. She has made guest appearances in the TV series Teens wanna Know and has a video short in post-production called The Party Follows Me.

Lexee Smith is very active in social media posting fashion, tips, and more. Smith has over a half millions followers on YouTube and Instagram.

At 16 years old, Lexee Smith is more focused on her academics and her career. She has not been romantically connected with anyone as of yet.

Fashion is one of Smith's hobbies. She enjoys looking through fashion trends over decades and keeping up with New York Fashion Week. She also spends a lot of her free time at the baseball field. She could be watching or playing the game.