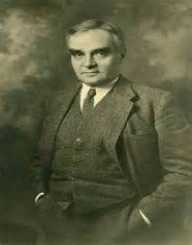 Learned Hand was a famous Jurist and judicial philosopher in the United States. During his career, Learned Hand worked on `United States District court’ and also `United States court of appeal for the second circuit,’ and went on to become of the most respected Jurists of the 20th Century.

Also, Learned Hand is the most quoted lower-court Judge by various scholars and the United State’s Supreme Court.Hand often had the admirable courage of conviction and could not hesitate to make vital decisions. Some of Hand's major works are in the liberties sector.  At some point, Learned Hand suggested that some old law is resized since they were hardly applicable. Regarding his pragmatic approach to the jurist work, many consider him legendary.

Billings Learned Hand was born on 27th January 1872, in Albany, New York. His parents were Samuel hand and Lydia Hand. His father Samuel worked as a lawyer, who was one of the best of a law firm in Albany.  He is known to have been distant and did not spend much time with Billings. He died when Billings was about 14 years old, and he was left to the care of his mother only.

Learned Hand was brought up on `Albany’s main residential street,’ which was of a comfortable and relatively rich status. Hand had an older sister. When Hand was growing up, his mother was overprotective of him, due to some previous influence. Also, she had gained her husband’s ideas about intellectual abilities, parenting, and professional goals and as a result, she often placed considerable pressure on Hand. This significantly affected his self-esteem.

Learned Hand went to school in the Albany Academy at the age of seven and did not find the curriculum interesting. Learned Hand later went to Harvard College in 1889, where he pursued studies in economics and philosophy. He was under the tutelage of famous, distinguished philosophers, for example, George Santayana and William James.

Learned Hand was a serious and committed boy and found life in college quite challenging. While there, Hand joined Hasty pudding club and later became President of the students' magazine called Harvard advocate. Also, Learned Hand was voted into the Phi Beta Kappa, a high-status society by scholarly students.

Learned Hand began his career in his Uncle’s law firm in Albany.  At first, Hand had a hard time getting clients; he found his work a bit uninteresting. However, this did not tear his spirit, and he remained determined to make it. As a result, Hand began writing articles and working as a part-time tutor at Albany law school. More so, he began developing an interest in politics, and voted for a Republican candidate, Theodore Roosevelt, despite his family being staunch Democrats.

Learned Hand relocated to New York in 1902. The legal profession was still dull to him. Hand began to socialize with various reform activists and intellectuals.Hand then met an influential attorney Charles Culp Burlingham. The later endorsed Hand to become a District Judge in the city, and he worked in this position from 1909 to 1924. In this capacity as judge, he mostly dealt with patent cases which he found interesting compared to the bankruptcy cases he was dealing with before.

In 1912 Learned Hand joined Roosevelt’s Progressive party, with the objective of influencing the later to help reform the judiciary to the benefit of the deprived. However, the party was unsuccessful in the elections and lost to the Democratic Party. Hand then began writing articles for Roosevelt and magazines, i.e., The new republic and Herbert Croly.

In 1917 Learned Hand was denied promotion to the Second Circuit. This was because of his ruling in the masses case that did not please the government. However, Hand was later promoted in 1924, courtesy of President Calvin Coolidge and chief justice William Howard Taft.

Learned Hand also continued working with Roosevelt and accepted his deal to tide over the immense depression. However, Hand was afraid of misuse of the deal; hence he was against Roosevelt’s decision to fill the Supreme Court with Deal supporters. Hand, however, continued supporting him, even during the World War II.  After the war, Hand was substantially involved in anti-communist activities, which were gaining strength.

Learned Hand retired from active duty in 1951 but still served on the sidelines.  He came up with a publication called `The spirit of liberty.’ Despite the high amount of revenue by the book, he did not collect its royalties. In 1953, Hand was part of a three-member Second Circuit’s Panel, which was responsible for a ruling on a government economist that turned out to be a communist sympathizer. During the verdict, he was the only voice of dissent.

Learned Hand married Frances Fincke in 1902. Together, they had three daughters namely; Frances, Constance, and Mary Deshon.  Fincke latter had an affair with a professor called Louis Dow, and Hand blamed himself, claiming he had not paid attention to her need. However, they got back together when Dow died in 1944.