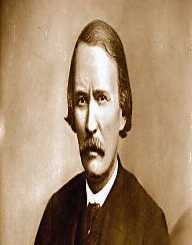 Christopher Houston Carson was born on December 24, 1809, in Madison County, Kentucky. He was 9th of 14 children to his parents. His family moved to Howard County when he was still a baby, and he spent the most of his childhood there. When Carson was nine years old, his father died. The loss of his father and the head of the family meant that the young boy had to work to help support his family. For this reason, Carson never received a formal education.

When Carson was 14 years old, he worked as an apprentice for a saddle maker. However, the young man soon became bored with his work and decided to join a train heading west on the Santa Fe Trail. He went to Colorado and became the chief hunter.

When Christopher Houston Carson was nineteen years old, he became a mountain man and traveled through the American West. In 1828, he worked as a cook for Ewing Young in Taos and later joined his trapping expedition. In 1829, his expedition was attacked in the Apache county, making it the first time Carson experienced real combat. His life in mountains was not comfortable since he had to hold on to the hunted animals for several months, until the annual Rocky Mountain Rendezvous. He had to nurse his injuries, and the mountain men were often attacked by Indians and also wild animals, like Grizzly bears.

Carson last participated in the rendezvous in 1840. The beaver population was decreasing, and the fashion was changing, with men using silk hats instead of beaver fur hats. In 1841, he began working at Bent’s Fort in Colorado, where he hunted buffalo, antelope, deer and other animals to feed the inhabitants of the fort. He continued to return to the fort throughout his life to provide food.

In 1842, Christopher Houston Carson went back to his childhood home in Missouri, where he put his daughter in the care of relatives. There he met John C. Fremont, who was a United States Army officer in the Topographical Engineers Corps. Fremont was planning an expedition in the West and hired Carson to be his guide. During the first expedition, Carson led Fremont to South Pass, Wyoming to map the Oregon Trail. The mission was finished in five months, and after the reports came out, Carson’s name became known across the country.

His second expedition with Fremont was in 1843 when they went on the Oregon Trail to the Columbia River in Oregon. During this mission, they had trouble in the Sierra Nevada Mountains, but Christopher Houston Carson's excellent knowledge and survival skills saved the mission. The expedition also headed to California, which was at the time Mexica territory and it was illegal to go there. Despite this, Fremont was made a captain after the expedition.

While trekking the Mojave Desert, Carson and Fremont met a Mexican man and his son. The two had survived a Native American attack, where the rest of their group was killed, and horses were stolen. Carson went after the attackers, killed them and retrieved the man’s horses. This story made him the hero of the West in the eyes of Americans.

In 1845, Christopher Houston Carson and Fremont went on their third and last mission together. This mission was political and made clear that President Polk wanted California’s lands. Both Fremont and Carson participated in the Bear Flag Revolt- the Californian uprising against Mexico. Fremont continued to fight for California and became its military governor, while Carson made trips to Washington, DC with messages and reports.

When the American Civil War broke out in 1861, Christopher Houston Carson joined the Union Army as a lieutenant and led the 1st New Mexico Volunteer Infantry. He fought the Confederate forces and drove them out from New Mexico. After this, his commander Major General James Henry Carleton ordered him to enter the Apache territory in Mescalero. Carson, who also disliked the Apaches, put them on a remote reservation on the Pecos River.

Carson wanted to retire from the army, but Carleton refused to accept his resignation since he wanted Carson to lead a campaign against the Navajo. Carson started a campaign against Navajo tribe in 1863. The roundup turned out to be long and frustrating for already old and sick Carson. The tribe was skillful in hiding. Therefore Carson began to destruct their homes, fields, and animals. Left with no food, the Navajos surrendered, and they were sent to Bosque Redondo. The Apaches and Navajos fought in the lands, and the living circumstances were terrible.

Christopher Houston Carson wanted to take a break from the campaign but was denied leave. He was ordered to invade Canyon de Chelly in the winter of 1863-1964. The Canyon was a sacred land to the natives. Carson and his forces swept through the canyon and many Navajo’s surrendered. In the end, several thousand of Navajo people went to Fort Canby and later made the Long Walk of the Navajo to Bosque Redondo. In 1864, Carson led his forces in the First Battle of Adobe Walls in Texas.

Christopher Houston Carson's first marriage was to a Native American, Arapaho woman Waanibe. He fought a duel with a French trapper for her hand in marriage. After winning the duel, he married the woman, and they had a daughter Adeline. Waanibe died during her second childbirth, and the child also did not survive. After his wife’s death, Carson took Adeline to his relatives in Missouri. She was educated in a girls convent and married George Stilts of Saint Louis. She later moved to California goldfields and died in 1860.

Carson’s second marriage was to Cheyenne woman Making-Out-Road. However, the union did not last long, since she divorced him and moved with her people to the west. In 1842, Carson met Josefa Jaramillo and married her the following year. Jaramillo was at the time 14 years old. They had eight children together.

Throughout his life, Christopher Houston Carson as illiterate, but he later learned to write his name. He dictated his memoirs to other people who wrote them. Carson was also a member of Freemasonry.

After the end of Civil War, Carson was appointed the commandant of Fort Garland, Colorado. After his army service ended, Carson settled in Boggsville in Bent County, where he was a rancher. His wife died giving birth to their eighth child. Carson was devastated by her loss and died a month later on May 23, 1868. His cause of death was rupture of the abdominal aortic aneurysm.