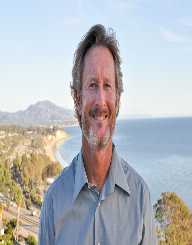 Kevin O’Connor is a well-known figure in the business industry known as one of the founders of DoubleClick, a technological company that provides internet advertisements to household brand names that let them market their product. He also co-authored a book published in 2003 entitled The Map of Innovation: Creating Something Out of Nothing alongside Paul Brown.

He was born in Livonia, Michigan on April 4, 1961. O'Connor attended high school at Detroit Catholic Central and upon graduation proceeded to enroll at the University of Michigan. He pursued a degree in Electrical Engineering and graduated in 1983.

Upon graduating from university, O'Connor started working at Intercomputer Communications Corporation or simply called the ICC. The software firm was based in Cincinnati, Atlanta and he aided the firm's yearly revenues that peaked in 1992 at $35 million. The same year in 1992, ICC was obtained by Digital Communications Associates (DCA). With O'Connor still in the team, he was promoted to the Research and Development team's Vice President as well as the Chief Technology Officer.

He worked with DCA for a while until he resigned in 1995 and had the fortune of meeting Chris Klaus. At the time, Klaus has recently started the Internet Security System or the ISS. O'Connor served as one of the initial investors at ISS and another associate served as the CEO of ISS; Tom Noonan. The company went public in 1999 and a few years later, was bought in 2006 by IBM Corp. for $1.44 billion.

In 1995, O'Connor made the deal of his life by establishing DoubleClick in Alpharetta, Georgia alongside Dwight Merriman. They recruited Kevin P. Ryan who later on succeeded as the company's CEO. They, later on, relocated the office from Georgia to New York with the intention of being closer to media companies. DoubleClick is among the giants of leading advertising network over the web. In 2001, it was sold to Hellman & Friedman, a private equity firm for the amount of $1.1 billion.

At the moment, O'Connor is invested in Graphiq, which is basically an online research engine which lets consumers compare products and is based in Santa Barbara, California.