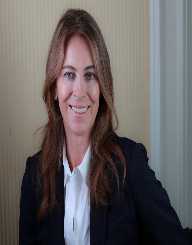 You may not be familiar with her face or her name but you are sure to know her work. Kathryn Bigelow is an acclaimed and award-winning writer, producer, and director of major films in various genres.

Her start with the arts was first seen as a painter. In 1970, she enrolled at San Francisco Art Institute where she later achieved her Bachelor of Fine Arts. While there, she was welcomed to the Whitney Museum of American Art in New York City.

Her education aside, she survived as a starving artist for some time in New York, living in the loft of friend and mentor, Vito Acconci with fellow painter Julian Schnabel.

Her creativity led her to a business relationship with Philip Glass, repairing run-down apartments and flipping them for profit.

Bigelow later achieved her master’s degree at Columbia University in their graduate film program, which brought her back to the west coast, teaching at the California Institute of the Arts.

Bigelow’s first on-screen work was a short film called, The Set-Up which she directed in 1978. The film was a 20-minute piece that was shot over one night but it caught the attention of one Milos Forman, an acclaimed director in his own right, who was teaching at Columbia University at the time.

In 1981, Bigelow co-directed her first feature film called, The Loveless. The film happened to star a young Willem Defoe in his first major role.

Then, in 1987, Bigelow’s career began to take a nice turn as she directed a film that she co-wrote with Eric Red, another prominent director, called Near Dark. Also in that year, she directed a music video for the band New Order, which included surviving members of the band known as Joy Division.

This led to Bigelow’s more recent and better known directorial features. From 1990 to 1995 she directed, Blue Steel featuring Jamie Lee Curtis, Point Break starring Keanu Reeves and Patrick Swayze, and Strange Days with Ralph Fiennes. With these three films, Bigelow became well known as a director in Hollywood for her blend of action, drama, and messaging.

The list of films on which Bigelow made her directorial mark grew from there, with bigger and better productions, such as The Weight of Water in 2000, starring Sean Penn, and K19: The Widowmaker starring Harrison Ford and Liam Neeson in 2002.

Her award-winning films would follow with The Hurt Locker in 2009, and Zero Dark Thirty in 2012. Both films were set in the Middle East and both dealt with controversial issues at the time of the Iraq war and 9/11.

Most recently, Bigelow directed the 2017 film, Detroit, based on a 1967 incident of violence in that city, and stars John Boyega.

Kathryn Bigelow’s rise to the top of the directorial totem pole was mired in controversy over her being a woman making films containing violent content, breaking the stereotype of women making light-hearted films, but the quality and ingenuity of the work are what got her there.

The 2009 film The Hurt Locker, gave her great recognition as she won a Golden Globe for directing.  As well, she was the first woman to win the Outstanding Directorial Achievement in Motion Pictures award from the Directors Guild of America.  In 2010, the film also allowed her to be the first woman to win an Academy Award for Best Director.

Zero Dark Thirty, a depiction of the American military’s search for Osama Bin Laden, gave Bigelow the distinction of being the first woman to win the New York Film Critics Circle Award for Best Director, twice. It was an award she won previously for The Hurt Locker. In a series of being the first woman to win, she also won the National Board of Review award for the film.

While winning awards for the 2012 film, Zero Dark Thirty, there was also some controversy to the film. Some viewed the film as one that promoted and even glorified torture by CIA agents as a means to extract information from detained individuals. Bigelow’s response was simply that she trusted her writer and his sources, and that viewers of the film should judge for themselves.

From 1989 to 1991, Bigelow was married to the well-known and acclaimed director, James Cameron, known for The Terminator and Titanic. In 2010, the year in which she won the academy award for best director, one of Bigelow’s fellow nominees for the same award that year, was none other than her ex-husband James Cameron, who directed Avatar.

More recently, Bigelow was in a romantic relationship with her Zero Dark Thirty screenwriter, Mark Boal but they ended the relationship in 2012.

Bigelow did some modeling in a commercial for clothing empire, Gap in the early part of the 1980’s.

She also has some limited acting experience as she had a part as a newspaper editor in a 1983 Lizzie Borden film, Born in Flames.

In 1988, Bigelow played a cowgirl gang leader in a music video for a new age band called, Martini Ranch, which, incidentally featured actor Bill Paxton as one of its members.

While Bigelow is best known for her work as a film, and at times a television director, she has also directed an eight-minute commercial for Pirelli Tires. The 2007 short film, labeled Mission Zero, featured actress Uma Thurman being chased driving a Lamborghini Gallardo.

As well, the penultimate moment of Bigelow’s career, being the first woman to win an Academy Award for directing, almost didn’t happen. Bigelow came close to never making The Hurt Locker as she was contemplating another film. According to her ex-husband, James Cameron, he convinced Bigelow to drop the other film and make The Hurt Locker.