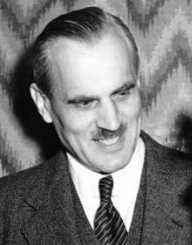 Arthur Compton was born on September 10, 1892. He was an American Physicist. He was famous for his discovery of the Compton Effect. He won the Nobel Prize in Physics for his discovery. His discovery confirmed the dual nature of electromagnetic radiation as a wave and a particle. He was first attracted towards astronomy, but he later changed to physics.

Arthur Compton was born on September 10, 1892, in Wooster in Ohio, United States of America. He was born to Elias and Otelia who were academics. His father was a dean of the University of Wooster. He was brought up alongside two brothers, Karl and Wilton. He was at first interested in astronomy. In 1910, he photographed the Halley’s Comet. He attended the University of Wooster where he graduated with a Bachelor’s Degree in Science in 1913. In 1914, he obtained his Master of Arts Degree from Princeton University. In 1916, he received his Ph.D. in Physics from Princeton University.

In 1916, Arthur Compton started his career as a physics instructor at the University of Minnesota. He also worked on the development of sodium lamps as a research engineer at the Westinghouse Lamp Company. During World War I, he developed instruments for aircraft for the Signal Corps. In 1919, he received the National Research Council Fellowship, and he joined Cambridge University’s Cavendish Laboratory. At the laboratory, he worked with George Paget Thomson. They studied X-ray scattering and Gamma-ray absorption.

In 1920, Arthur Compton returned to the United States of America where he became the Head of Department of Physics at Washington University in St. Louis. Two years later he discovered the Compton Effect that established the dual nature of electromagnetic radiation as both a particle and a wave. In 1923, he published his paper that explained X-ray shifts in the Physical Review. In the same year, he became a Physics Professor at the Chicago University. In 1926, he became a consultant for the Lamp Department at General Electric.

In 1930, Arthur Compton's interest in cosmic rays led to his study of the geographic variations in the intensity of cosmic rays. In 1941, he became the chairman of the National Academic Sciences Committee. The following year he was appointed the head of the Manhattan Project’s Metallurgical Laboratory. In 1946 after World War II, he became the Chancellor of the Washington University. In 1954, he resigned from his post as Chancellor. He continued to work as a Distinguished Service Professor of Natural Philosophy at the university until 1961.

In 1916, Arthur Compton married Betty Charity with whom he had two sons, Arthur Alan and John Joseph. He passed away due to cerebral hemorrhage on March 15, 1962, in California. He was buried in the Wooster Cemetery in Ohio. He died at the age of sixty nine. The Compton Gamma Ray Observatory of NASA is named after him.