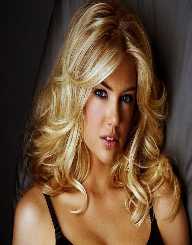 Kate Upton was born on June 10, 1992, in St. Joseph, Michigan, USA. Her parents are Shelley (Davis) and Jefferson Upton. She also has three siblings. As a child, her parents moved to Florida, where she spent her childhood.

Kate Upton first began her modeling career in 2008. It was in this year that she went to a casting call for Elite Model Management. She was signed up for the company on the same day.  She then moved to New York City, where she signed on the IMG Models.

Some of the first groups that Kate Upton modeled for Guess and Dooney & Bourke. Over the years, she expanded the companies that she worked with. She has worked for companies that include Cosmopolitan, Vogue, Esquire, Elle, Vanity Fair, GQ, and Glamour.

One of the modeling feats that Kate Upton is best known for is her features on the cover of Sports Illustrated magazine. She won an award for her photo in the 2011 edition of the swimsuit issue. She was also on the cover of this issue in 2012, 2013, and 2017.

Kate Upton has also been the talk of many internet polls. These polls rank her as one of the sexiest women alive.

Kate Upton first began her acting career by playing bit parts and having guest appearances in television shows and movies. One of her famous early appearances on television was on the Late Night with Jimmy Fallon. She appeared on this show after she danced in a music video on YouTube for the song Cat Daddy. She then repeated her dance on the show.

Kate Upton has also been in several commercials over the years. Some of her commercials, like one she did for Zoo York and Carl’s Jr. were banned from television for being “too sexy.”

Kate Upton has appeared on many television shows as herself, mostly talk shows and night entertainment shows. She has been doing appearances on television since 2011 when she appeared on Tosh.0. Some of the other shows that she has appeared on over the years include Late Show with David Letterman, The Ellen DeGeneres Show, Good Morning America, Live! With Kelly, Jimmy Kimmel Live!, Entertainment Tonight, and Access Hollywood.

It wasn’t until 2011 that she made her official acting debut in the movie Tower Heist. Since then, Upton has been in several movies. She mostly plays smaller characters, but she has had some larger roles as well. The rest of the films she has been in are listed below.

All of Kate Kate Upton’s awards are due to her modeling career. She has also been nominated for several acting awards. Some of her most impressive awards are listed below.

Over the years, Kate Upton has dated some famous men. She dated the football star Mark Sanchez in 2011. She later dated Maksim Chmerkovskiy in 2013. She is now engaged to the baseball player Justin Verlander.