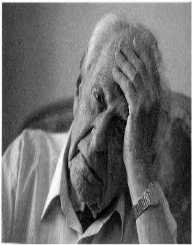 Karl Raimund Popper was born on July 28, 1902, in Vienna. His grandparents were Jewish, but his parent’s converted to Lutheranism before his birth. Popper’s father Simo Siegmund Carl Popper was a lawyer and doctor of law at the Vienna University. The Popper family were prominent members of the Vienna society. His family also owned a library of more than 12,000 books, which allowed Karl to explore his interests in philosophy, social and political issues.

When Popper was 16 years old, he left school and began attending lectures in mathematics, physics, philosophy and music history at the University of Vienna. In 1919, his interest was drawn to Marxism, and he became a member of the Social Democratic Worker’s Party of Austria. However, after the street battle in the Horlgasse, he became aware of the pseudo-scientific materialism of Marx and abandoned the ideology.

During his time as a student, Karl Popper worked in street construction but was not able to physically cope with the work. He then took a job as a cabinetmaker. One of his dreams was to create a daycare facility for children. In 1922, he finally joined the university as a full-time student and completed his education as an elementary teacher in 1924. He then began working at a care club for socially endangered children. In 1925, Popper went to study at the PadagogischesInstitut, where he studied philosophy and psychology.

In 1928, Popper earned his Ph.D. in psychology, after promoting his dissertation The Question of Method in Cognitive Psychology. After earning his doctorate, Popper began teaching mathematics and physics at a secondary school. During this time he began writing his book The Two Fundamental Problems of the Theory of Knowledge. He wanted to publish his book to gain an academic position in a country which was safe for Jewish people, fearing the uprising of Nazism. He did not publish this two-volume book but published a shorter version of it and other works in The Logic of Scientific Discovery. In 1935, Popper took a leave from his school position to go to the United Kingdom.

In 1937, Karl Popper gained an academic position in New Zealand. He became a lecturer in philosophy at Canterbury University College of the University of New Zealand. While in New Zealand, he wrote The Open Society and its Enemies. In 1946, Popper moved to the United Kingdom and became a reader in logic and scientific method at the London School of Economics.

In 1949, Popper became the professor if logic and scientific method at the University of London. He continued to rise in his academic positions when in 1958 he was elected the president of the Aristotelian Society. Popper retired in 1969 but continued to be active for the rest of his life. In 1985, he and his wife returned to Austria. In 1986, Popper moved back to the United Kingdom.

Karl Popper died on September 17, 1994, after suffering from complications of cancer. Throughout his career, Popper received several awards and honors, including the Sonning Prize, Otto Hahn Peace Medal of the United Nations. He was made the fellow of the Royal Society, British Academy, King’s College London, Cambridge and the Austrian Academy of Sciences. In 1986, Karl was awarded the Grand Cross with Star and Sash of the Order of Merit from the Federal Republic of Germany. In 1965, he was knighted by Queen Elizabeth II.