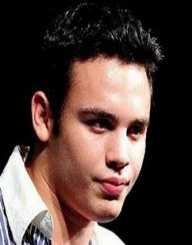 Chavez was born when his father was the WBC World Champion Super Featherweight. Chavez and his elder brother Omar would accompany their father into the ring before each of his fights. Apart from that, he was relatively unknown until he decided to follow his father and take up the career of boxing.

Julio César Chávez Jr had two exhibition bouts as an amateur, both of which were shown on television in Mexico. He then turned professional.

In 2003, at the age of 17, Chavez won his professional debut in the Super Featherweight division. Many of his fights were lead-up bouts to the main event, usually headed by his father Chavez Sr. In 2010, Chavez fought at Middleweight. In 2011, he defeated several big names including WBC Middleweight Champion, Sebastian Zbik, and Peter Manfredo Jr.

His first fight in 2012 saw Julio César Chávez Jr defeat Marco Antonio Rubio retain his WBC Middleweight title. The fight was seen by 19 million viewers in Mexico, and 1.9 million in the U.S. Chavez was picked up two weeks before the fight and charged with drunk driving. In June 2012, Chavez defeated Andy Lee to retain his title once again, but he then fought Sergio Martinez in September, and lost by unanimous decision.

After the fight with Martinez, Chavez tested positive for cannabis. In February 2013, he was suspended for nine months and fined $900,000 by the Nevada State Athletic Commission. The World Boxing Council fined him $20,000 and suspended him indefinitely.

His comeback fight after the suspension was against Brian Vera in September 2013 in California. He struggled to reach the correct weight, and he eventually won the fight by unanimous decision, which was very unpopular with the audience. A rematch took place in March 2014, and Chavez won by unanimous decision once again. The win gave him the WBC Continental Americas Super Middleweight title.

In April 2015, Julio César Chávez Jr fought Andrzej Fonfara after a lengthy break from boxing. Before the 10th round started, Chavez instructed his corner to stop the fight. It was the first time in his career this had happened. His next fight was in July 2015 against Marcos Reyes. As he couldn’t get within the correct weight range for Super Middleweight, a Catchweight was established. Chavez won both this match and his next one by unanimous decision.

Shortly after, negotiations began for a fight between Chavez and Canelo Alvarez to take place in 2017. After lengthy negotiations, the contract was agreed upon. Chavez was reported to be getting $3 million and Alvarez, $5 million, before and pay-per-view revenue. Chavez lost by unanimous decision. After the loss, Chavez announced he would make a comeback in the Super Middleweight division at the end of 2017. There is also talk in 2018, that negotiations are well underway for a rematch with Sergio Martinez.

Julio César Chávez Jr was initially trained by two of his uncles, but there was criticism that they did not require the necessary discipline from Chavez. Chavez hired the famous trainer, Freddie Roach to help him. For the Alvarez fight, he also enlisted Ignacio Nacho Beristain, a hall of fame trainer to help him.

To date, Chavez has taken part in 55 fights, winning 50 and losing three.

Julio César Chávez Jr is married to Frida Chavez, and he has a daughter named Julia.