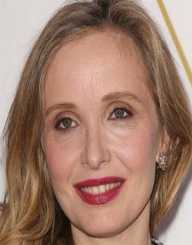 Julie Delpy was born 21st December 1969, to Albert Delpy and Marie Pillet. She was born in Paris, France, and her parents were both actors. This exposed Delpy to the arts from a young age.

Julie Delpy was discovered in 1984, at the age of just 14. Her film debut was in Detective, in 1985. She had her first starring role two years later, in, La Passion Beatrice. She used the money she had made to travel to New York City.

Her breakout role came in 1990 when she starred in a movie called, Europa Europa. The film catapulted her to international fame, and she was cast in more movies, including Voyager (1991), and The Three Musketeers (1993). Between 1978 and 2017, she acted in nearly 60 movies, several of which were television movies or short films.

In 1995, Julie Delpy also ventured into directing, screenwriting, producing and composing. From 1995 to 2015, Delby has directed eight movies, produced four, composed for five and was the screenwriter for 11.

Delpy is also an accomplished musical artist. Her self-titled album, Julie Delpy, was released in 2003. She has also written original scores for the movies 2 Days in Paris (2007), and The Countess (2009).

Julie Delpy was in a relationship with Marc Streitenfeld, a composer of film scores, from 2007 to 2012. The couple has a son.