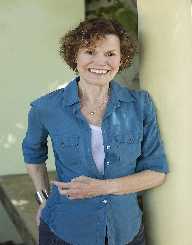 Judy Blume was born on February 12th, 1938 in New Jersey, United States. She began writing during the 1960s, but she became famous during the 70s. She got high acclaim after releasing her novel called Are You There, God? It's Me, Margaret. In 1974, she proved her writing skills to the world with the release of Blubber – 1974. In 1975, she released another bestseller called Forever. Apart from hitting the headlines with children’s books she also released books meant for her adult audiences such as Wifey -1978 and In the Unlikely Event – 2015.

Judith Sussman was born on February 12th, 1938. She was the second born child of Ralph Sussman and Esther. Her father worked as a dentist while her mother was a homemaker. Blume’s older brother is called David. When Blume was young, he parents tried their best to ensure that her creativity was not thwarted. Therefore, she often played different types of instruments including the piano and also took dancing classes. Her interest in reading books was evident right from the beginning. She later went to Battin High School where she graduated in 1956. Shortly after, she enrolled at the Boston University. She, however, left school in the first semester following her mononucleosis diagnosis. In 1961, she graduated with a degree in education from the New York University.

It is while studying at the New York University that Judy Blume met with her lover, John Blume. The two got married moments after the death of Blume’s father. Together, they had two children namely Randy and Lawrence. By the time she began her professional writing career, Blume had two kids and that they had began attending preschool. She went through a series of frustrations at the beginning of her writing career. Nonetheless, she saw the light with the publishing of The One in the Middle Is the Green Kangaroo in 1969. This gave her hope for a good future in her writing career. A year later, she published her debut novel called Iggie's House.

The same year in 1970, Judy Blume gained her acclaim more so for young readers after the publication of Are You There God? It's Me, Margaret. She went on to inspire young readers with subsequent books such as Deenie -1973 and Forever -1975. These early successful books focused on teenage real-life experiences with regards to their sexuality. Her other works during the 1970s were Tales of a Fourth Grade Nothing -1972, Blubber- 1974, and Starring Sally J. Freedman as Herself- 1977.

During the late 70s, Judy divorced her first husband and quickly got married for the second time to Thomas Kitchens, a physicist. Their marriage did not last long as they divorced in 1978. Her personal experiences in relationships motivated her to write for a mature audience, and she published Wifey in 1978. Later on, in 1983, she published another mature content, Smart Women regardless of the fact that she was busy working on books for her growing younger audience. During the 80s, some of her works included Superfudge -1980 and Tiger Eyes -1981. The latter featured her characters in the Tales of a Fourth Grade Nothing. Tiger Eyes talked about the bitter memory that she had for losing her loving father. Several books followed up including Just as Long as We're Together -1987, Here's to You, Rachel Robinson -1993.

In spite of the success that Judy Blume enjoyed in her writing career, she was faced with a series of unfortunate events as censors wanted some of her sensitive adult books to be removed from bookshelves. Some of her books that were listed in the most challenged books category include Forever, Tiger Eyes, Are You There, God?, Deenie and Blubber. This prompted her to join the National Coalition Against Censorship with the intention of fighting for intellectual freedom.

Judy Blume has been married for three times. The first and second marriages were to John Blume and Thomas Kitchens respectively. Her third marriage was to George Cooper. In all the relationships, Blume has two sons.