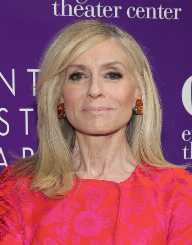 Finding A Bit of Herself in Every Character She Plays: Judith Light

American actor and producer Judith Ellen Light was born on February 9, 1949, in Trenton, New Jersey, United States of America. Her father Sidney Light was an accountant and mother Pearl Sue was a model. She received her high school education and graduated from the St. Mary's Hall–Doane Academy in Burlington, New Jersey in 1966. She attended the Carnegie Mellon University in Pittsburgh, Pennsylvania and graduated from there with a degree in drama.

Judith Light made her first professional acting debut on stage in 1970 when she played a role in ‘Richard III,’ a historical play originally written by William Shakespeare, at the California Shakespeare Festival. She made her Broadway debut in 1975 in Henrik Ibsen's drama ‘A Doll's House.’ Following her Broadway debut, she appeared in another Broadway play ‘Herzl’ in 1976. During the late 1970s, she encountered a mini-crisis in her life as she was not getting any offers for acting and almost thought of quitting.

However, in 1977, Judith Light was asked by her agent to appear for an audition for an understudy role in the ABC soap opera ‘One Life to Live.’ Initially, she was a bit hesitant as she never intended to be associated with any soap opera or sitcom. She later warmed up to the proposal after being informed about the financial implication of receiving $350 per day as her remuneration for playing the role. While doing her audition, she realized the potential of the format’s widespread reach to the ordinary people and understood that she could make money and also will be able to make a difference by being a part of the format.

After a successful audition, Judith Light was cast in the role of Karen Wolek, a character portrayed by the likes of actresses Kathryn Breech and Julia Duffy before her recast. The nature of Karen Wolek was that of a housewife who becomes an alcoholic prostitute just to overcome the frustrating boredom of the day-to-day mundane life of a housewife. Judith portrayed the character splendidly well and received tremendous accolades for her performance in the soap opera. She won her first Daytime Emmy Award for "Lead Actress in a Daytime Drama Series" in 1980 for the dramatic scene in the courtroom where the character confessed her guilt during the court proceedings. The iconic courtroom scene is regularly referred to the students of acting classes as an example of acting excellence even in the present day.

Judith Light won another Emmy Award in 1981 for her role of a housewife in an episode of St. Elsewhere in its first season, called "Dog Day Hospital." Around the same time, she also had a guest appearance in the television series ‘Family Ties’. In 1983, she concluded her assignment with ‘One Life to Live’ and in the following year, she accepted an offer of acting in a popular ABC sitcom ‘Who's the Boss?’. The show was on air for the next eight seasons and made Judith a household name.

In 1999, Judith Light returned to stage in a big way. She portrayed the character of a University Professor fighting ovarian cancer in the off-Broadway production of Pulitzer Prize-winning play ‘Wit.’ Her strong characterization in the play received rave reviews. She later reprised the role for the national tour. She remained equally active in television and appeared in a recurring role of Judge Elizabeth Donnelly in the NBC legal crime drama 'Law & Order: Special Victims Unit' in 2002. The show was a long-running one, and she appeared in 25 episodes of the series aired between 2002 and 2010.

In 2004, Judith Light appeared in a CBS sitcom ‘The Stones’ before joining the cast of the ABC comedy-drama series ‘Ugly Betty’ in 2006. She played the role of Claire Meade, a beleaguered, heavy drinking wife of a publishing giant, in the series and continued to play the role until its last episode in 2010.

During the 2000s, Judith Light appeared in a considerable number of films. In the 2006 romantic comedy film ‘Ira & Abby,’ she had a significant role. She portrayed the character of a radical Christian woman in the 2007 film ‘Save Me.’ She again appeared on stage in the Broadway play ‘Lombardi’ during 2010-11 as a witty alcoholic Marie Lombardi and earned a nomination for the Tony Award. She won her first Tony Award for Featured Actress in a Play for her role as Silda in the Broadway production ‘Other Desert Cities’ staged from 2011 to 2012. Her second Tony Award came in 2013 when she received the award for featured actress in a play for her depiction of the character ‘Faye’ in another Broadway play ‘The Assembled Parties.’

Judith Light has a remarkable screen presence. In the television series ‘Dallas’ (2013), she portrayed the character of a sinister and cynical mother. In 2014, she appeared in the Amazon Studios critically acclaimed dark comedy-drama series, ‘Transparent’ and earned a Golden Globe Award nomination for Best Supporting Actress for her performance in the series. Besides, she also received Critics' Choice Television Award for Best Supporting Actress in a Comedy Series for the same.

Judith Light, a Jewish, met her future husband television actor Robert Desiderio on the sets of ‘One Life to Live’ while working on the soap opera in 1968. They tied the nuptial knot on January 1, 1985, and have remained unseparated till date. She does not have any children as she felt she will not be able to fulfill her responsibilities as a full-time mother due to her acting career.