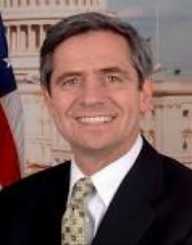 Joseph Sestak is an American politician and former Navy officer.

Joseph Ambrose Sestak Jr was born on December 12, 1951, in the town of Secane, Pennsylvania. His father, Joseph Sestak Sr, was a Navy officer. His mother, Kathleen Sestak, was a math teacher.

Joseph Sestak was a student at the Cardinal O’Hara High School in Springfield. He decided to follow in his father’s footsteps and enrolled at the U. S. Naval Academy. He graduated with a bachelor’s degree in American political systems in 1974. He then enrolled at the John F. Kennedy School of Government at Harvard University, taking exams between his tours at sea. He earned a Master of Public Administration in 1980 and a Ph. D. in political economy in 1984.

After retiring from the Navy, Joseph Sestak decided to go into politics. From 2007 to 2011, he served in the U. S. Congress as a representative of the Pennsylvania 7th District. He was part of the Committees on Armed Services, Small Business, and Education. In 2010 and 2016, he ran for the U. S. Senate, but he was defeated both times. He became a professor at Cheyney University and Heinz College.

He kept working for the Lenfest Foundation for Education, the Ploughshares Fund for Nuclear Disarmament, and the Johns Hopkins Bloomberg School of Public Health. He also joined the U. S. Global Leadership Coalition as co-chair of the Pennsylvania State Advisory Committee. In 2019, he announced his candidacy in the 2020 Democratic Party presidential primaries.

In 1998, Joseph Sestak married Susan Clark, an environmental activist. They have a daughter named Alexandra.