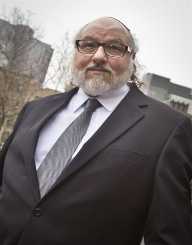 Jonathan Pollard was born on August 7, 1954. He is a former United States of America Defence analyst. He received a conviction for spying land giving classified information to Israel. He is the first person in American to receive life imprisonment for giving classified top secret information to a United States ally. He was however released from prison on November 20, 2015.

Jonathan Pollard was born on August 7, 1954, in Galveston, Texas. He was born into a Jewish family. He was born to Morris Pollard and Molly Pollard. He was brought up alongside two siblings. In 1961, his family moved to Indiana where his father became a professor at the University of Notre Dame. In 1970, he visited Israel during a science program at the Weizmann Institute of Science in Rehovot. He joined Stanford University where he graduated with a Degree in Political Science in 1976.

In 1979, Pollard lost an opportunity of getting a job at the Central Intelligence Agency after his polygraph test showed that he used drugs sometime back in 1974. Secondly, he did not get the job due to his habit of manufacturing stories. He later joined the Tufts University in Medford, Massachusetts where he took law and diplomacy. In 1979, he served at the Navy Field Operational Intelligence Office located in Maryland. In 1981, the Navy Field Operational Intelligence Office learned about his tendency of lying, and he was advised to seek psychiatric assistance. His clearance was therefore revoked, but it was later restored when he sought legal remedies. In 1984, Pollard gave classified information to Aniem Sella who was a former fighter pilot of Israeli Air Force. Sella paid him in cash, that is, $10,000 and a sapphire ring for his services. He started working as a spy, and he was paid $2500 on a monthly basis.

In 1985, he was investigated by the FBI after he was suspected of being a spy. Pollard knew that he was being investigated for being a spy and so he asked his wife to hide the documents he had in his possession. His wife hid some documents at their neighbor’s place in a briefcase but forgot some which were confiscated by the FBI.  He later admitted his espionage with Israel to FBI as he was avoiding a polygraph test. Later their neighbor was suspicious about the briefcase that he contacted military intelligence. The neighbor became a party to the investigations on Pollard. In the same year, he and his wife sought refuge at the Israeli Embassy, but they were declined entrance into the Embassy by the Israeli guards. He was later arrested by the FBI, but his wife managed to escape.

His wife Anne was later incarcerated. In 1987, he was convicted and was given a life sentence for his espionage. He had released top secret information to countries South Africa, Pakistan, Australia and China among other countries. Anne was however sentenced to five years imprisonment but was later paroled after three years and a half in prison due to health issues. Israel tried to get Pollard released in some occasions to no avail. In 1995, he was granted Israeli Citizenship. In 1998, the Israeli Prime Minister admitted that Pollard acted as an Israeli agent after denying the same for a long time. He applied for many motions in court, but he was denied release. In 2015, he was released from prison after serving thirty years.

In 1985, he married Anne Henderson in Italy. In 1990, he divorced Anne because of his life imprisonment. He later married Esther Elaine Zeitz who is a Canadian teacher and activist. She campaigned for the release of her husband while he was in prison. She also led and held a public hunger strike for him to be released from prison.