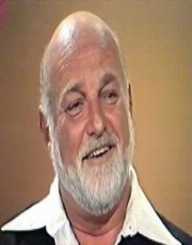 John Richard Schlesinger was an English actor, stage, and film director born in early 1926. Among his best works was Midnight Cowboy, Sunday Bloody Sunday, and Darling. He was presented with Academy Award for Best Director for Midnight Cowboy in 1970. John was also a skilled photographer. He began this career in his college days and earned himself many awards. He was indeed a talented artist.

John Richard Schlesinger was born on February, 16th, 1926 to a middle-class Jewish family. His place of birth was in Hampstead, London, England. He was the first born son of Bernard Schlesinger and his wife, Winifred Henrietta. Bernard was a pediatrician. He was also a musician, and so was Winifred. They, therefore, had a great influence towards John’s passion for art when growing up.

John Richard Schlesinger studied in St Edmund's School situated in Hindhead. After that, he joined Uppingham School situated in Uppingham, Rutland. He later joined efforts with the Royal Engineers during World War II. He was relieved of his duties when the war ended. Subsequently, he enrolled at Balliol College of Oxford University. At the institute, he specialized in English Literature. He was appointed to the Undergraduate Dramatic Society as president during his Oxford days. He had an experience of a lifetime with the many tours around America with other members of the club.

John Richard Schlesinger began his career in photography when he was still a college student. He received many awards during this time which greatly motivated him. He also made his first film titled Black Legend in 1948. It was simply a brief film though. He graduated from his studies in 1950.

John Richard Schlesinger began his career soon after his graduation. He ventured into the British film industry initially acting in support roles in the 1950s. He started with 1954 The Divided Heart film. This was followed by Oh... Rosalinda!! in 1955. A year later, he featured in The Battle of the River Plate. In the same year, he tested his first career as a director with Sunday in the Park. This was a brief 15 minutes documentary.

In 1957, he served as a director at BBC TV. Between 1958 and 1961, he produced several documentaries. He set aside his acting career in the 1960s and focused solely on his career as a director.

John’s career as a director reached its peak with A Kind of Loving. The film premiered in the UK in April 1962.  Later in October of the same year, it was released in the US. The film was a huge commercial success. It was number six in British box office in 1962. In 1969 the release of another hit drama film he directed titled Midnight Cowboy made him even more famous and accomplished.

John Richard Schlesinger was married to Michael Childers for more than 30 years. She was still his partner at the time of his death.

John Richard Schlesinger breathed his last in July 25th, 2003 at the age of 77. This occurred while he was receiving medical attention at Desert Regional Medical Center in Palm Springs in California. He was survived by his beloved wife, Michael Childers.