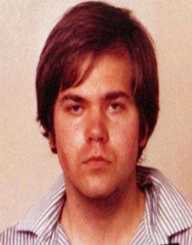 John Warnock Hinckley Jr. was born on May 29, 1955, in Ardmore, Oklahoma, United States. He is an American man who gained national notoriety in his attempt to assassinate President Ronald Reagan in 1981. His life was marked with constant sufferings from depression to being obsessive. In that year, he fired a bullet at President Reagan wounding him alongside police officer Thomas Delahanty in Washington DC.

He also wounded Press secretary James Brady and Secret Service personnel Tim McCarthy. However, he was not found guilty due to a mental disorder. He remained locked in a mental institution before he was released on September 10, 2016.

John Warnock Hinckley Jr. was born into a wealthy family of John Warnock Hinckley Sr. and Jo Ann Hinckley. He was born on May 29, 1955, in Ardmore, Oklahoma, United States. At the age of four, his family relocated to Dallas. He grew up in University Park, Texas and went to Highland Park High School in Dallas. John was an active sportsman during his school years and played several sports including hockey, baseball, and football. He also served twice as a class president.

In 1973, after completing high school, his family relocated to Evergreen, Colorado. Between 1974 and 1980, he studied at Texas Tech University but was mostly absent from school. He left school and moved to Los Angeles in 1975 to pursue a career as a songwriter. However, his dreams never came true and lived a desperate life.

A year later in 1976, he moved back to Evergreen to live with his parents. In the late 1970s and early 1980s, he suffered from emotional imbalances and was often put under tranquilizers and anti-depressants. He also began practicing with various weapons that he bought.

John Hinckley Jr. became a troubled young man with unsettled ambitions and constant obsessions. He became so fascinated with the film ‘Taxi Driver’ (1976) which featured starring Robert De Niro and Jodie Foster. In the movie, Robert De Niro as Travis Bickle appears to be a disturbed young man who goes against all the odds to save a desperate prostitute, in this case, Jodie Foster. He also stalks and plans to assassinate a presidential candidate. Hinckley became obsessed with the film and especially with the character Jodie Foster. He always fantasized as being part of the film and conducting several crimes like hijacking a plane or killing himself to make her notice him.

He drafted a plan which he thought would grant him the attention of the actress. In his plot, he imagined that if he assassinated the president, then he would undoubtedly impress her. He began stalking President Jimmy Carter. The authorities finally apprehended him in Nashville, Tennessee. They charged him with being in possession of a gun. He again returned to his parent’s home and was prescribed under another dose of anti-depressants to improve his mental health to no avail. In 1981, he schemed out another plot to assassinate President Ronald Reagan just after being elected.

On March 30, 1981, John Hinckley Jr. fired his gun from a distance wounding President Reagan and three others in Washington, DC. Among the wounded included press secretary James Brady, police officer Thomas Delahanty and Secret Service agent Tim McCarthy. He shot the president on his chest with the bullet almost hitting his heart. Luckily, Reagan survived the ordeal after successful surgery. Brady, on the other hand, suffered damages in his brain which led to his death in 2014.

John Hinckley Jr. was arrested and taken in for trial in 1982, but the court found him not guilty since he had a mental disorder. He was however placed under psychiatric care at St. Elizabeth’s Hospital. In the late 1990s, he submitted a request that he desired to have visits. He was granted supervised visits with his parents who later claimed that he had significantly improved. In 2000, he was given unsupervised visits and was eventually released. After a short while, he was again confined at the hospital when they learnt that he had brought pictures of Foster into the facility.

Between 2004 and 2005 he was granted supervised visits with his parents. After many supervised visits, he was released from the hospital on September 10, 2016. He had been under psychiatric care for thirty-five years. He was sent to live with his mother in Williamsburg but under several restrictions including monitoring his movements, limited travel distance and allowing authorities to access his computer freely. The court however ordered that the assessment should be done within eighteen months upon his release which has not yet been done. He is currently sixty-three years old.