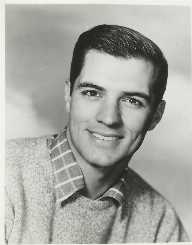 Juan Vincent Apablasa Jnr later known as John Gavin was an American actor, businessman and an ambassador of the United States to Mexico. Born on April 8, 1931, he served as the ambassador from 1981 to 1986. He was also the president of the Screen Actors Guild from 1971 to 1973. He came to stardom with the movies including Imitation of Life, 1959, Spartacus, 1960, Psycho, 1960 and in Thoroughly Modern Millie in 1967. His political career as the ambassador for Mexico was from June 1981 to June 1986. He attempted to run for the Senate for the Republican Party but later rescinded his decision.

John Gavin was born on April 8, 1931, to Delia Diana Pablo and Juan Vincent Apalablasa Sr. Garvin was of a Chilean, Mexican and Spanish descent. When he was roughly two years, his parents filed for divorce, and his mother married Herald Ray Golenor who adopted John Gavin and has his name changed to John Anthony Golenor. He received education from St. John’s Military Academy, Los Angeles and later at Villanova Preparatory in Ojai, California. He then enrolled at Stanford University where he obtained a Bachelor of Arts with honors in Economics and Latin American history. He was a member of Chi Psi fraternity. He enrolled in the Navy National Reserve Officers Training Corps (NROTC).

During the 1951 war in Korea, John Gavin served as an air intelligence officer till the end of the war in 1953. For his fluency in both Spanish and Portuguese, he was appointed as the Flag Lieutenant to Admiral Milton E. Miles. John was awarded for his work in the Honduras floods of 1954, and his four-year tour of duty ended in1955.

After his hitch in the Navy, John Gavin became a technical adviser to Bryan Foy, a family friend, and a film producer. Foy arranged a screen test with Universal-International for his movie, Princeton featuring Gavin but Gavin turned the offer down as he did not know acting but reconsidered the offer with his father’s encouragement. The test was successful, and that is how Gavin started his acting career with Universal. Gavin was groomed as the next Rock Hudson.

John Gavin was starred in the films Behind the High Walls, Four Girls in Town and Quantez in 1956-57 respectively. In 1958, he couldn’t make himself available for the movie; The Female Animal due to his busy schedules so he was replaced by George Nader.

John Gavin's breakthrough in acting was playing the lead role in the film A Time to Love and a Time to Die in 1958. Although the movie was not a success, he was praised for the remarkable role he played. The following year, he received a supporting role in Douglas Sirk’s remake of Imitation of Life. The film was a huge box office hit. His next project was in the Motion Picture, Exhibitor, for which he was voted the promising male newcomer.

Following the previous movies were other ones like Spartacus (1960) playing a supporting role as Julius Caesar and directed by Stanley Kubrick. He followed it with Psycho, 1960, co-starred against Doris Day in the thriller Midnight Lace and in A Breath of Scandal co-starring Sophia Loren. The following year, he was cast in three (3) movies namely; Back Street, Romanoff and Juliet and Tammy Tell Me True. John Gavin left Universal to freelance where he signed movie contracts, which included The Challenge and Night Call and The Assassins, but there was no success in Freelance therefore, he returned to Universaland signed a new contract.

John Gavin received a contract to play James Bond in the movie Diamonds Are Forever after George Lazenby abandoned the role. However, this role was later given to Roger Moore since a British actor was preferred. John Gavin’s contract was still honored in full. After that role, he played other Bond roles including in Live and Let Die, 1973.

John Gavin served on the board of the Screen Actors Guild and became the third vice. From 1971-73 he served as the President and the president of the Guild. During his tenure, he gave a testimony before the Federal Trade Commission on the phone talent row. He had discussions with then President Richard Nixon on problems related to excessive television reruns, and also petitioned the federal government on issues of prime-time access rules and other issues.

In 1961, John Gavin received an appointment as special adviser to the secretary general of the Organization of American States, a position he held for 12 years, from 1961 to 1973. In 1981, President Ronald Reagan appointed Gavin as the U.S. Ambassador to Mexico, serving for 5 years. Following his position as the Ambassador to Mexico in 1986, he became the vice president of Atlantic Richfield in the field of federal and international relations. He resigned later in 1987. He decided to run for the Senate for the Republican Party, in 1991 but rescinded that decision.

John Gavin was a successful business man and civic leader in addition to his tremendous performance in acting. He is co-founder and later president of Gamma Holdings and served as the Chairman of the Gamma Services International from 1990. Gavin was a board chairman of Causeway Capital, The Hotchkis & Wiley Funds, The TCW Strategic Income Fund from 2001, Claxson Interactive Group Inc. from September 21, 2001and serves on the boards of Apex Mortgage Capital, International Wire Holdings and KKFC. Inc.among others.

In 1957, John Gavin married an actress, Cicely Evans. The couple had two children before divorcing in 1965. He later dated co-star Luciana Paluzzi. His second marriage was in 1974 to a former stage and television actress Constance Towers. Towers came into the marriage with two children from a previous marriage to Eugen McGrath. John Gavin died at 86 on February 9, 2018, of complications from pneumonia at his home in Beverly Hills, California. Report also say that, he was battling with leukemia for sometime.