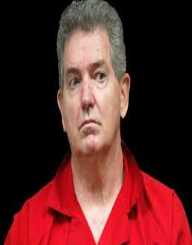 John Connolly is a former FBI agent. He served a jail term for second-degree murder, racketeering, and obstruction of justice. After his conviction, he served a 40 years sentence.

The former FBI agent, John Connolly was born on 1st August 1940 in Boston. His name came from his father, an Irish who worked at Gillette. His mother Bridget T. Connolly was a housewife.

Connolly's family stayed in an Irish neighborhood in Old Harbor in South Boston. Connolly has two siblings, one sister, and a brother.  He attended Catholic high school.

After graduating from high school, John Connolly enrolled at Boston College to pursue law. Later he attended Suffolk University Law School but failed to complete the course. After a failed attempt to complete a degree, he went to Harvard University. He later graduated with a degree certificate in Public Administration.

His first job was at South Boston High School as a teacher. He later moved to Suffolk University Law School where he met H. Paul Rico who was then to become his FBI partner.

John Connolly's career as an agent began in Baltimore and later San Francisco as a field officer. He later moved to the New York. In 1973, he requested to be transferred to Boston, near his ailing father. Connolly became the first FBI agent to be assigned an office in Boston.

As an FBI agent, he investigated organized crime. One of his significant achievements was developing Top Echelon Criminal Informants Program in the New England. Most FBI directors who worked with Connolly acknowledged his contribution to the service. During his time the agency was looking to put an end La Cosa Nostra Mafia.

John Connolly later agreed to be Whitey and Stephen Flemmi handler in the FBI. The two men would later assist in the arrest of Gennaro Angiulo and several members of the Patriarca family. After a successful service in the FBI, he received various commendations for his work. Connolly earned a corporate well-paying job after his retirement from the FBI.

John Connolly's action of protecting Whitey came back to haunt him after his retirement from the agency. In 1994, the office of the US attorney charged Whitey and others for racketeering.

Connolly later warned Whitey to leave town to avoid being arrested.  Flemmi, on the other hand, did not escape the arrest. A probe into the case later revealed that the two were informants of the FBI.

John Connolly's dealings with criminal gangs came to light in 1998. Several witnesses testified against Connolly. The revelation showed how he had received bribes to protect criminals.

In 1999, John Connolly faced several charges. They included racketeering, obstruction of justice and giving false informing to the FBI. The jury passed a 10-year jail term against him.

Despite being in jail, additional charges against him serviced 2005. He was accused of killing John Callahan in 1982.

An investigation into the murder found him guilty of the act. The judge slapped him with a 40 years jail term. He later appealed against the court decision in vain. Connolly is serving his term at prison based in Florida.

Connolly later married Elizabeth L. Moore, his collogue in the FBI. The couple has three children together.