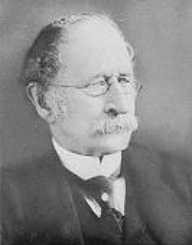 American author and publisher John Bartlett was born on June 14, 1820, in Plymouth, Massachusetts, United States of America. His father William Bartlett had a direct lineage with the founder of the town of Bridgewater, Massachusetts, Elder William Brewster. In 1620, Brewster led a flock of 102 English immigrants from Plymouth, England to the newly-founded continent of America on board the ship Mayflower. He founded the Plymouth Colony in America. The residents of the colony regarded him as the spiritual as well as the colony leader of the settlement.

John’s mother Susan Thacher was a direct descendant of Anthony and Elizabeth Thacher. The Thacher couple was the sole surviving members of a ghastly shipwreck that took place on August 14, 1635. The remaining 21 passengers perished in the mishap. The couple's four children also died in the accident.

John Bartlett was quite brilliant in his studies from a very young age. He began reading at the age of three. By the time John reached the age of nine, he had read the complete bible. Upon completion of his high school graduation at the age of sixteen, he entered Cambridge, Massachusetts. While studying at the university, he started to work in the university bookstore which catered to Harvard University.

Gradually, he became extremely well-versed, familiar, and knowledgeable about books and quotations. He became the talk of the town so much so that the people in and around Harvard University campus commonly used the byword “Ask John Bartlett” when confronted with tricky questions. He had a very sharp memory and later used to keep a notebook to record all the quotations he delivered while answering queries of other people. In 1855, he came up with the first edition of his collection of such quotes named ‘Familiar Quotations.’ He became the owner of the book store by the age of twenty-nine.

The privately printed first edition of John Bartlett's book ‘Familiar Quotations’ comprises of different quotations from 169 authors. Quotes from the works of William Shakespeare and the Holy Bible make up for one-third of the book. Most of the remaining portion consists of famous lines from the great English poets.

Finally, in 1862, he sold the bookstore. The raging American Civil War was in its second year at that time. He joined the United States Navy as a Paymaster and served on the South Atlantic Station. After that, in 1863, he joined the publishing firm Little, Brown, and Company, Boston. During the year, the same publishing firm also published the fourth edition of his book ‘Familiar Quotations.’

In 1889, John Bartlett retired from the firm after becoming its senior partner in 1878. During his tenure with the firm, he oversaw nine editions of his book of quotations. Besides, he authored books on angling and chess. In 1894, he published a book called ‘Complete Concordance to Shakespeare’s Dramatic Works and Poems’. It is a massive compilation work which took an estimated 16000 hours of his time.

The book is still considered as the standard reference work of such magnitude. It has surpassed all such previous works in terms of the fullness and number of the excerpts. The 16th edition of the book saw the light of the day in 1992 with citations from 340 new people.

John Bartlett married Hannah. She was the daughter of Sidney Willard, professor of Hebrew at Harvard. While compiling the concordance of Shakespeare, Hannah actively participated in the work of compilation. John passed away on December 3, 1905, at the age of 85. His mortal remains were entombed at Mount Auburn Cemetery in Cambridge, Middlesex County, Massachusetts.