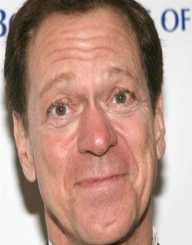 Joe Piscopo was born on June 17th, in 1951. He is a famed actor, comedian, and a musician. Piscopo earned immense recognition for the role he played in Saturday Night Live (SNL).

Joseph Charles John Piscopo alias Joe Piscopo was born on June 17th, in 1951. His birthplace was in Passaic, New Jersey. Nevertheless, he was raised by his parents in North Caldwell.

Joe Piscopo joined West Essex High School for his early education. While taking his classes here, he began honing his acting talents by being a member of the drama club called the Masquers. In 1969, he graduated from high school. After this, he went ahead and enrolled with Jones College located in Jacksonville in Florida. He later graduated from the college with a degree in broadcast management.

In 1980, Joe Piscopo landed on a contract job with Saturday Night Live. He acted alongside Eddie Murphy in the show after it had gone through tremendous changes. Several cast members of the show had left that summer, and thus, Piscopo and Murphy dominated it right from the time he was hired. Piscopo featured in the show for about four years before leaving in 1984.

After leaving SNL, Joe Piscopo continued acting and featured in films such as Wise Guys – 1986, Dead Heat – 1988, Sidekicks – 1992, Bartleby–2001 and several others. Piscopo also landed on a presenting job on WNYM radio station in 2014. In this station, he hosted the show Piscopo in the Morning.

Joe Piscopo has been married twice. His first marriage was to Nancy Jones. The two wedded in 1973. They went separate ways in 1988. Later, in 1997, he married Kimberly Driscoll. His second marriage was also not blissful as it ended in divorce in 2006. In both marriages, Piscopo has four children.