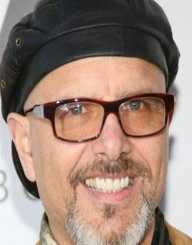 Joe Pantoliano is an American actor whose roles usually involved the shady persona often involved with crime and of corrupt thinking. He is famous for being part of the cast of characters at HBO's drama series The Sopranos. He portrayed the role of Ralph Cifaretto where he won a Primetime Emmy Award in 2003 for Best Supporting Actor.

Pantoliano also publicly shared that he was battling with clinical depression on October 9, 2007, at a public blog run by the National Alliance on Mental Illness. Before his diagnosis, he also shared that he has been struggling with the illness ten years back.

One of his advocates is the establishment of the nonprofit organization called No Kidding, Me Too! The organization aimed to educate people in regards to the background of mental illnesses as backed by members of the entertainment.

Joe Pantoliano married Nancy Sheppard in 1994, and their union brought forth four children. He was previously married to Morgan Kester from 1979 until 1985.

Joseph Peter Pantoliano was born on September 12, 1951, in Hoboken, New Jersey. His parents were Mary and Dominic "Monk" Pantoliano who are both of Italian-American origins. His mother worked as a seamstress while his father worked two jobs as a factory foreman and a hearse driver.

His family later relocated to New Jersey where he attended and graduated from Cliffside Park High School. Pantoliano had dyslexia and as a result, did poorly in academics. It was his father who encouraged him to pursue acting after he saw the young Pantoliano perform at a senior play. Upon graduation, he moved to New York where he took long-acting classes at the known HB Studio alongside Herbert Berghof and John Lehne. As a means to fund his acting, Pantoliano found employment waiting tables.

One of Joe Pantoliano's earlier known roles in acting is at the traveling stage production of One Flew Over the Cuckoo's Nest wherein he played the role of Billy Bibbitt in 1972. After that, he did a series of small television roles and films. His breakthrough act came in the form of Guido, the pimp in the 1983 film Risky Business alongside Tom Cruise. From there, he portrayed the stereotype of men involved in illegal handlings which landed him the role of Francis Fratelli, the antagonist in the 1985 young adult film The Goonies.

Some of his other notable films include the 1988 film Midnight Sun where he acted alongside Robert De Niro, the 1993 film The Fugitive and its 1998 sequel US Marshals. The Wachowski brothers saw and liked his acting performance which landed him the role of Cypher in the sci-fi film The Matrix and later on, in the Netflix TV series Sense8.

Aside from being an actor, Joe Pantoliano is also an accomplished writer and has written two books under his name entitled Who's Sorry Now: The True Story of a Stand-Up Guy and his other book being Asylum: Hollywood Tales From My Great Depression.