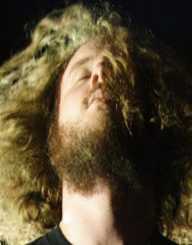 Jim James graduated from the Roman Catholic St Xavier High School (1996) and then enrolled at the University of Kentucky. He left university without obtaining a degree.

Jim James was the vocalist and guitarist with the band Month of Sundays, now known as Mont de Sundua. In 1998, he formed My Morning Jacket in 1998 with Johny Quaid, Tom Blankenship and J. Glenn who were former members of the punk band Winter Death Club. My Morning Jacket’s debut album, The Tennessee Fire, was released in 1999. The album was popular in Europe and their next album At Dawn (2001) was also successful in both Europe and the U.S.

Jim James' solo recordings include Tribute To (2009) which covered ex-Beatle George Harrison songs;  Regions of Light and Sound of God (2013), Eternally Even (2016), Tribute To 2 (2017) and Uniform Distortion (2018). James co-founded the record label, Removador Recordings and Solutions in 2008.

In October 2008, Jim James injured himself when he fell off the stage during a My Morning Jacket show in Iowa City. He was hospitalised, treated and released but was forced to cancel an Obama benefit concert in Chicago which was scheduled for the following night. In 2009, he took part in a David Lynch Benefit Foundation, Change Begins Within, held at the Radio City Music Hall in New York City. Others taking part in the concert included Paul McCartney, Ringo Starr, Eddie Vedder, Donovan, and Sheryl Crow. He was part of a Woody Guthrie tribute album, New Multitudes (2012).

Jim James was raised a Roman Catholic but refers to himself as a Recovering Catholic. He has studied and practises Transcendental Meditation.