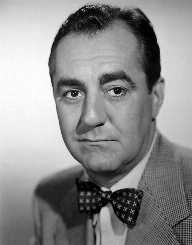 American film, television, radio and voice actor James Gilmore Backus was born on February 25, 1913, in Cleveland, Ohio, the United States of America to Russell Gould Backus and Daisy Taylor Backus. His father was a Mechanical Engineer. Backus was raised in Bratenahl, Ohio, a prosperous and affluent village encircled by greater Cleveland. He attended the Shaw High School in East Cleveland, Ohio and further attended Kentucky Military Institute outside Louisville, Kentucky. He was expelled from the Institute for riding a horse through the mess hall. He later got enrolled at the American Academy of Dramatic Arts in Manhattan and graduated from there in 1933.

After graduating from the American Academy of Dramatic Arts, Jim Backus spent two years appearing in summer stock theatres and several other productions in New York. The work was not sufficient to raise enough money for living a dignified life. He started acting on the radio as a freelancer. He performed for many radio programs such as Kate Smith Hour, Columbia Workshop and Matinee at Meadowbrook.

Jim Backus rose to fame in the radio program ‘The Alan Young Show’ (1940), where he played a character called Hubert Updyke III. It was a character of a wacky braggart, who entertains the audiences with his hilarious antics. Backus garnered quite a popularity portraying the character. He made his Broadway debut at around the same time he was working with several radio programs. His debut performance on Broadway was in a comedy-drama called ‘Hitch Your Wagon.’ He later appeared in some Broadway productions including ''Too Many Heroes'' (1937) and “Paint Your Wagon” (1955).

Jim Backus started his film career by the end of the late 1940s. He appeared in the 1949 football drama ‘Easy Living’ along with Lucille Ball and his Kentucky Military Institute pal Victor Mature. In the next few years, he had a continuous stream of movies where he played different characters and made his mark in the industry. Prominent among these films included the likes of ‘A Dangerous Profession’ (1949), ‘Deadline – the U.S.A.’ (1951), ‘Pat and Mike’ (1952), 'Rebel Without a Cause' (1955). Other movies are ‘The Pied Piper of Hamelin’ (1957), and ‘It's a Mad, Mad, Mad, Mad World’ (1963).

In ‘A Dangerous Profession,’ Jim Backus played the role of the police lieutenant Nick Ferrone. He was also the narrator of the film. In the film ‘Rebel Without a Cause,’ he portrayed the character of Frank Stark and received critical acclaim for his performance. He ventured into the television arena also and made his appearance on ‘The Beverly Hillbillies’ (1962).

In 1949, Jim Backus was selected to lend his voice to a cartoon character called ‘Quincy Magoo’ in a theatrical short cartoon ‘The Ragtime Bear’ (1949). The role of Mr. Magoo, an affluent, short-sighted retired person, who often gets into trouble due to his extreme short-sightedness and his stoic aversion to understanding the reality lands him in a hilarious comical situation now and then. Jim Backus became extremely popular as the voice of Mr. Magoo and spent the next three decades lending his voice for the most sought after character in his various incarnations including different cartoon shorts, television series, and even a full-length movie.

In 1964, Jim Backus first appeared as Thurston Howell III in ‘Gilligan's Island.’ The character was based on his earlier character of Hubert Updyke III. The show was aired on network television from 1964 to 1967. The immense popularity of his characterization of Thurston Howell III could be ascertained from the fact that Backus played the same character on three different series: ‘Gilligan's Island’ (1964), ‘The New Adventures of Gilligan’ (1974) and ‘Gilligan's Planet’ (1982).

Jim Backus had a three-year stint on the popular sitcom ‘I Married Joan’, where he played the character of Judge Bradley Stevens, husband of Joan Stevens. The show was aired between 1952 and 1955 and was a huge success. Apart from his acting prowess, he tried his hand at singing also. One of his novelty recording "Delicious!" reached the United States Top 40 Pop charts for a couple of weeks in 1958. Comedienne Phyllis Diller did the female portion of the recording.

In 1978, Jim Backus was diagnosed with Parkinson's disease. His final appearance in movies was in the 1980’s in 'There Goes the Bride.' On the small screen, he concluded his journey by appearing in ‘The Harlem Globetrotters on Gilligan’s Island’ (1981) besides appearing as a guest artist on such shows as ‘Fantasy Island’ and ‘The Love Boat.’

Jim Backus married Henny Backus in 1943. She was an actress and co-authored several books with her husband, Jim. In 1978, Jim Backus had a medical consultation for having some problems with his legs and was diagnosed with Parkinson’s disease. His wife stood beside him and took every care during the crisis period. He could not climb the stairs of the Sherwood Schwartz's house during the latter's 70th birthday party and had to be physically carried into the house due to the disease. Sherwood Schwartz is the creator of ‘Gilligan’s Island.’

Jim Backus died on July 3, 1989, after being admitted to St. John’s Hospital and Health Center in Santa Monica, California, a few days back. His death was due to the complications of pneumonia. He was interred at the southwest corner of Westwood Village Memorial Park Cemetery in Westwood, Los Angeles, California.