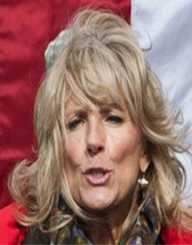 Jill Tracy Jacobs was born on 3rd June 1951, to Donald and Bonny Jacobs. She was born in Hammonton, New Jersey, in the United States. Jacobs had four younger sisters, and the girls grew up in Pennsylvania. This was due to their father relocating there for work. They moved from New Jersey when he received a promotion at the bank he worked for.

Jacobs was determined to be independent and started work at the age of 15. She continued her studies though at the same time. She studied at Upper Moreland High School and graduated in 1969.

Jill Jacobs began junior college while she was in Pennsylvania. She started to study fashion merchandising as her major, but she soon realized it wasn't for her.

In 1970, she married Bill Stevenson. Stevenson had played football while in college, but he was now an entrepreneur. He opened a college bar called Stone Balloon, and it became a significant success.

She, meanwhile, began her studies at the University of Delaware, majoring in English. A 12-month break from college saw her modeling, and during this period she grew apart from Stevenson.

With the breakdown of her marriage, Jacobs went back to university. In 1975, Biden met Joe Biden. Later that year, she graduated with her Bachelor of Arts.

During this same period, Biden's divorce was underway and didn't go well. Her court case finished in 1976.

In 1976, Jacobs worked in the office of Joe Biden. They married in 1977, in New York City. Joe's first wife had died in a car accident four years earlier, along with his baby daughter.

He had two young sons from his first marriage. In 1981, Jill Biden received her Master of Education. That same year, the couple's daughter, Ashley, was born.

When Ashley was born, Biden took a sabbatical from work to raise the three children.

Two years later she returned to her teaching work. During the 1980s, she taught teenagers in a psychiatric facility, as well as teaching in high school. In 1993, Biden joined the staff at Delaware Technical & Community College. She taught there until 2008.

Jill Biden returned to her study during this period, working towards her doctoral degree. She graduated in January 2007 with her Doctor of Education, majoring in Educational Leadership.

Jill Biden urged her husband to run for the presidency in the 2008 election. Joe became the Democratic nominee that ran as Barack Obama's running mate. When Obama won the presidency, Joe became his vice president. Biden became the Second Lady of the United States.

She continued to teach, and she became an adjunct professor at the Northern Virginia Community College. By 2011, she took up a permanent position at the college. She worked as an associate professor. When Joe started his 2012 presidential campaign, Biden took a back seat, preferring to continue with her teaching.

Jill Biden published her first book in 2012. Called, Don't Forget, God, Bless Our Troops, the book was for children. Biden had made a connection with military families through her initiatives. After her husband's re-election, Biden continued with her support of the military.

One of their sons, Beau, died from brain cancer in 2015. Joe also decided not to run again for another presidential nomination, which Biden found disappointing.

The Bidens established the Biden Foundation in 2017. The Foundation allows them both to work on causes close to their hearts. These include the prevention of violence against women, work with community colleges, and supporting military families.

In addition to her charitable and philanthropic work, Jill Biden continued with her full-time teaching at the community college.