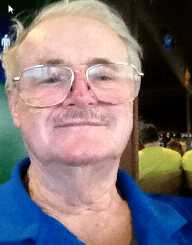 Jerry Pournelle was born on August 7, 1933, in Shreveport, Louisiana, USA.

Jerry Pournelle jumped into adulthood with a bang. Soon after graduating from high school, he joined the United States Army. He fought in the Korean War. The war lasted from 1950 to 1953. He left the army after the Korean War ended. Although he was not in the military for long, the experience and memories of his time overseas would last him a lifetime and greatly influence his novels later in life.

After returning from the Korean War, Jerry Pournelle enrolled in the University of Washington. There, he earned a bachelor's degree in math and psychology. He continued studying at the school to earn a master’s degree, which focused on advancing the psychology degree he already had, as well as learning about engineering. Still at the University of Washington. He earned his Ph.D. in political science. He finally finished his education in 1964.

After earning his Ph.D., Jerry Pournelle moves to Los Angeles, California, where he pursued a career in politics. In 1969, he began to work as a campaign director. After the man he was campaigning for got elected, he was promoted to the be his mayor’s assistant. However, he did not like this job, and quit in the same year. In 1970, he took on a new position as the consultant for PELA. He later worked with the Aerospace Corporation, as well as with other space institutes. However, The state of the economy would not allow Pournelle to stare into space all day. When he lost his job he decided to write about space. This is where his career as a novelist began.

With both his experience in the military and in politics, Jerry Pournelle can look back on his memory to make realistic scenes in his novels. Many of his novels involve the theme of the military, politics, or both. He had many ideas for books, but he did not know where to begin. He first worked with another author, Stefan T. Possony. The two co-authored several books together. He also wrote with several other authors, including Larry Niven, S.M Stirling, Roland J. Green, and Charles Sheffield. After working with Possony, Pournelle began writing alone in several magazines. Some of the magazines he wrote for were The General and Byte. He wrote both non-fiction articles and short stories for these and other magazines.

One of his most famous works are the many books that make up the John Christian Falkenberg series. Not all of his stories are works of fiction. Jerry Pournelle also has some non-fiction work, like Stability and National Security. Some of his other famous books are listed below.

Throughout his long writing career, he has won many prestigious awards. Some of these awards are listed below.

In 1959, Jerry Pournelle married Roberta Isdell. The couple has five children together. They are currently still married.