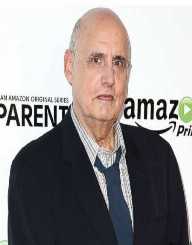 Jeffrey Tambor was born on July 8, 1944, in San Francisco, California, USA. His parents are Eileen and Michael Tambor.

After graduating from college, he taught drama at Wayne State University before pursuing acting as a full-time job.

Jeffrey Tambor began pursuing his career as a professional stage actor sometime around the 1970’s. However, it wasn’t until 1976 that he appeared on Broadway for the first time. He performed in the play Sly Fox as Sly’s Servant. This would help to kick off a decades-long stage acting career for Tambor.

Once Jeffrey Tambor began acting on the screen, he slowed down from acting on the stage. It wasn’t until 2005 that he appeared in another major Broadway play: Glengarry Glen Ross. His most recent play, La Cage aux Folles, which also appeared on Broadway, was performed live in 2010.

Jeffrey Tambor began his screen-acting career in the late 1970’s. Like most actors, he started small, working in small roles in television shows. Some of the earliest television shows he appeared on including Kojak, Starsky and Hutch, and Taxi. However, in 1979 he earned his first recurring role as the character Jeffrey P. Brookes III in The Rompers. He would go on to act in this show for almost 30 episodes.

In the 1980’s, Jeffrey Tambor mostly acted in television shows, usually for an episode or two at a time. He earned his first recurring role in this decade in 1981 on the show Hill Street Blues. He played Alan Wachtel, who appeared in almost 30 episodes over the course of the show’s run. After he finished up with this role in 1987, he went on to have another recurring role in the show Popeye and Son, which was animated. Before the decade was out he also had major recurring roles on the shows Max Headroom and Studio 5-B. Some of the other shows and movies he appeared on during this decade included Mr. Sunshine, Johnny Quest, Three O’Clock High, L.A. Law, and The Golden Girls.

In the 1990’s, Jeffrey Tambor continued to take on recurring roles in television shows, but he also began taking on more roles in films as well. His first recurring role of the decade was as the character Joe Baines in American Dreamer, a role he held onto for a season. In 1992, he began working on The Larry Sanders Show. This would go on to be one of his most famous roles. He acted on this show until 1998, appearing in almost 100 episodes. Some of the other popular television shows and movies he was in during the 1990’s include Empty Nest, Heavy Weights, Johnny Bravo, Doctor Dolittle, and There’s Something About Mary.

Jeffrey Tambor returned to acting mostly in television shows during the 2000’s. His first recurring role of the decade was as Gary in That Was Then in 2002. However, another one of his most famous roles, as George Bluth Sr. came in 2003 in the show Arrested Development. As of 2018, Tambor is still acting in this show, however, it should be mentioned that the show has been on and off-air over the years, and is only on its fifth season. Some of the other famous shows and movies he has been on during this decade include The Spongebob Squarepants Movie, The Muppets’ Wizard of Oz, Law & Order, Twenty Good Years, and The Hangover.

As of the 2010’s, Jeffrey Tambor continues to act in both television shows and movies. Currently, his most famous television show is Transparent, which is an Amazon original show. He has also taken on acting in voice roles on several animated shows, including Archer, Star vs. the Forces of Evil, and Tangled: The Series. Some of his other popular works some this decade include The Good Wife, Raising Hope, WordGirl, and 55 Steps.

Over the course of his long career, Jeffrey Tambor has won over 20 awards and has been nominated for over 30 others. Most of his awards and nominations are for his work on the show Transparent. Some of his most impressive awards are listed below.

Gold Derby Award for Ensemble of the Year (Arrested Development)
Golden Globe for Best Performance by an Actor in a Television Series - Comedy or Musical (Transparent)
Behind the Voice Actors Awards for Best Vocal Cast in a Television Series (Star vs. the Forces of Evil)
White Sands International Film Festival Lifetime Achievement Award - 2012