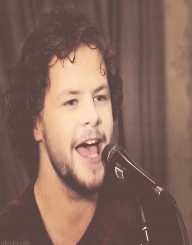 Jay McGuiness was born 24th July 1990. He was born and grew up in Newark Nottinghamshire, in England. He has four siblings, including a twin brother called Thomas.

Jay McGuiness knew from a young age he loved to perform, and from age 12, he studied at the Charlotte Hamilton School of Dance in Newark. Following on from there, he studied at the Midlands Academy of Dance and Drama, a very prestigious academy in Carlton, not far from Nottingham.

Jay McGuiness is most famously known as a member of The Wanted, an Irish boy band. He joined the band in 2010. Other members of the band are Max George, Tom Parker, Nathan Sykes, and Siva Kaneswaran.

In 2015 Jay McGuiness joined the television show, Strictly Come Dancing, as a celebrity contestant, and won the season.

His television credits so far in his budding career, include appearances on Chasing the Saturdays and Big The Musical. He was in seven episodes of The Wanted Life, and series 13 winner of Strictly Come Dancing.