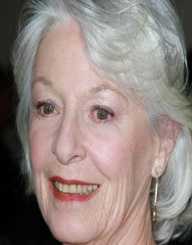 Jane Alexander was born on October 28th, in 1939. She is not only famous due to her acting career, but she is also a well-known director and an author. She earned immense recognition after featuring in The Great White Hope -1968. She was bestowed with a Tony Award for her remarkable role in the play.

Jane Alexander was born on October 28th, in 1939. Her birthplace was in Boston, Massachusetts. At the time of her birth, she was given the name Jane Quigley. Her father, Thomas Quigley worked as a surgeon. On the other hand, Ruth Elizabeth, her mother, was a professional nurse.

Initially, Alexander went to Beaver Country Day School where she realized that she was a passionate actor. However, before focusing on her acting career, her father encouraged her to focus on completing her college education. Consequently, Alexander enrolled with Sarah Lawrence College situated in Bronxville, New York. Here, she majored in theater and math.

As an avid actor, Jane Alexander's big break came in 1967. This was with her role in the Broadway production called The Great White Hope. She was bestowed with a Tony Award for her exceptional performance on the show. Later on, she also reprised her role in the film version of the show which was released in 1970. Her role in the film earned her several credits include being listed as part of the Oscar nominees.

Her remarkable acting skills also garnered her credits in film roles such as All the President’s Men, Testament, and Kramer vs. Kramer. She was a nominee for the Oscar Award in her roles in these films.

During the early 1960s, Jane Alexander crossed paths with her first husband called Robert Alexander. The two individuals were both avid actors. As a couple, they were blessed with one son. They lived together for about ten years before divorcing. She got married for the second time to Edwin Sherin in 1975. Alexander and Sherin have four children altogether. The two, however, do not have any children of their own.