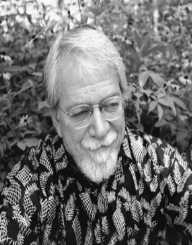 James Wright was born on December 13, 1927. He was an established American poet. In his lifetime he won the Pulitzer Prize for poetry. He was born into a working class family in Martins Ferry. During the Great Depression, his family was significantly affected as from the beginning they were not better off. He was into good literature and nature because even though he faced a lot of hardship growing up, he still saw the beauty of the world. He wrote his first poem when he was eleven years old. His great inspiration was Lord Byron. In his lifetime he published ten collections of poems.  He also translated works of renowned artist such as Pablo Neruda and Hermann Hesse among others. He died on March 25, 1980.

James Wright was born on December 13, 1927, in Martins Ferry, Ohio. He was born to Dudley Wright and Jessie Wright. His father was a die cutter at Hazel Atlas Glass while his mother was employed at the White Swan Laundry. He was brought up alongside three siblings, two brothers, Ted and Jack and an adopted sister Marge. His parents did not study because they were poor but they ensured, and he and his siblings got a good education. His family lived in a poverty-stricken area with a lot of environmental pollution, but the nature around them was beautiful. At only eleven years old James began learning Latin from one of his friends.

James Wright's friend, later on, gave him Lord Byron’s works which influenced and inspired him that he began writing poems. He loved literature, so writing poems were something that was not difficult for him. His environment and the beauty of the nature around him influenced most of his poems. In 1942, he joined Martins Ferry High School. As a student, he showed so much interest in languages. His teachers saw his potential and encouraged his talent in languages. He learnt from one of his teachers that the use of the mind is not a mere luxury, but it is an exercise of strength. Life was not easy for him growing up, but he lived one day at a time.

In 1946, James Wright graduated from Martins Ferry High School with Valediction. After graduation, he enlisted in the United States Army where he served for eighteen months. He met a soldier from Ohio in the army, and the soldier encouraged him to join Kenyon College in Gambier. In 1948, he joined Kenyon College by taking advantage of the educational provision of the GI Bill. At the school, he studied English with teachers like James Crowe, Phillip Timberlake, and Charles Coffin. He also published more than twenty poems in the College’s literally journal which was known as ‘The Kenyon Review.’

James Wright joined the university for his Master’s Degree. He graduated from the University with a Master’s Degree in 1957. In the same year, he started working on his doctoral thesis. He also began teaching at the University of Minnesota. He launched himself as a poet the same year. In 1954, his manuscript was selected by Auden for publication in the Yale Younger Poets Series. His book titled ‘The Green Wall’ was published in 1957.

In 1958, James Wright began translating and publishing the works of German and South American poets. In 1959, he received his Ph.D. degree from the University of Washington. In the same year, his book ‘Saint Judas’ was published. He continued to contribute his poems to journals such as the New Yorker and New Orleans poetry review. In 1963, he left the University of Minnesota and went to Macalester College. In the same year his book ‘The Branch Will Not Break’ was published. In 1966, he moved to New York permanently and joined to teach at Hunter College.

In 1972, James Wright was awarded the Pulitzer Prize for his book ‘Collected Poems.’