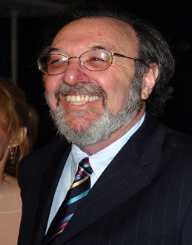 James Lawrence Brooks famously known as James L. Brooks established himself as a giant in the television sector as an award-winning producer, director, and screenwriter. James was born on 9th May 1940 in Brooklyn, New York. Mary Tyler Moore Show and Films like Terms of Endearment tv series are some of James' best work.

In the year 1984, James won the Emmy award for the film Room 222 and the academy award for Terms of Endearment. The Movies The Simpsons and As Good as it Gets are some of his significant achievements in the film industry.

James L. Brooks was born into a broken family on 9th May 1940, in Brooklyn, New York to Dorothy Helen and Edward M. Brooks. He was however raised in North Bergen, New Jersey. James had an elder sister by the name Diane who helped raise him. This was because their mother was always working and his father was never around much if at all.

He found himself dealing with such difficulties by burying himself into books. He did not give up despite attempts to get his work published not bearing any immediate fruits. His hard work developed into success and soon recognition followed.

James L. Brooks is an alumnus of the Weehawken High School. While he was there, he joined the school’s newspaper team. With this opportunity, he had the chance to talk to famous people like Louis Armstrong. In high school, however, James was not that brilliant. He later joined the New York University in 1958 but dropped out in 1960 without attaining his diploma.

Having dropped out of University, James L. Brooks found work with CBS News in New York and wrote for them for only two years. He got a different job offer to work with David L. Wolper on his documentaries and moved to Los Angeles in 1965.  Sometime later while still working with Wolper's, a budget cut saw James being laid off.

A new opportunity saw him working with producer Allan Burns leading to the development of the TV show Room 222.  This TV series got the recognition of an Emmy Award for outstanding new series. The show was about an African-American teacher at an integrated high school and was put on the air for five years.

In the 70’s James L. Brooks’ creativity saw the development of new outstanding shows that led him to win several Emmy Awards as a producer and writer. Some of these shows are The Mary Tyler Moore Show, Rhoda, Lou Grant, and Taxi. The production of the film Starting over in 1979 took the movies industry by surprise again.

Within the next five years, James L. Brooks managed to write, direct and produce a film Terms of Endearment starring Debra Winger and Shirley MacLaine. The film won three Academy Awards. The following year after attaining such attention he decided to start his own production company called Gracie Films. Gracie Films went on to produce amazing films like The Tracy Ullman Show, The Simpsons and won an Emmy Award.

The Gracie Film Production under James’ management also took negative hits. The production of some films in like I’ll Do Anything (1994) didn't do well at all. His next film As Good as It Gets saw to his revival and was a marvel that was loved by many. The film got a nomination for an Academy Award and also managed to get a Golden Globe Award for the best pictures.

Sometime later James L. Brooks produced films such as Spanglish in 2004 and The Simpsons Movie in 2007. They were astoundingly successful. He, however, took another hit after producing How Do You Know. This film was a romantic comedy but did not do well a year after production. Sony Pictures consequently terminated their picture deal with James' production house after this flop.

James Lawrence Brooks got married to his first wife, Marianne Catherine Morrissey. A union that saw to the birth of one child, a daughter called Amy Lorraine Brooks. Their matrimony came to an end in 1964.

James remarried again after 14 years in 1978 to Holly Beth Holmberg. They had three kids together namely Chloe a daughter and two sons Cooper and Joseph. Their union ended in 1999.