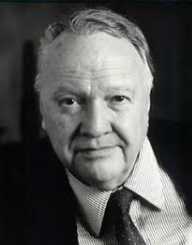 James Dickey was an American novelist and poet who lived during the contemporary literature period. He was born on February 2, 1923, in Atlanta, Georgia, United States.

His notable works include ‘Deliverance,’ ‘Buckdancer’s Choice,’ ‘Falling, May Day Sermon and Other Poems’ and ‘To the White Sea.’ He received the National Book Award for Poetry. He died on January 19, 1997, in Columbia, South Carolina at the age of seventy-seven.

James Dickey was born James Lafayette Dickey on February 2, 1923, in Atlanta, Georgia U.S. He was the son of lawyer Eugene Dickey and Maibelle Swift. He went to North Fulton High school in Atlanta and graduated in 1941. After his graduation, he attended Darlington School in Rome, Georgia where he undertook his postgraduate studies.

He also joined Clemson Agricultural College of South Carolina and was a member of the football team. He left school to join the army after completing only one semester.

James Dickey was enlisted as a radar operator in the U.S Army Air Forces at the World War II and later served again in the war against Korea. He joined Vanderbilt University and graduated in 1949 with a degree in Philosophy and English and then in 1950, earned his Masters’ in English from the same University.

In 1950, James Dickey went to Rice University in Houston where he taught English. Between 1955 and 1956, he taught at the University of Florida before proceeding to an advertising job.

He was responsible for scripting and directing campaign adverts for Coca-cola and Lay’s potato chips. Although advertising was not his initial job plan, he only took up the job to make money.

James Dickey married Maxine Syerson in 1948, and together they had two children Christopher and Kevin. After Maxine died in 1976, he married Deborah Dodson and together had a daughter Bronwen.

James Dickey's later years were marked with a disease like jaundice and pulmonary fibrosis due to heavy intake of alcohol. He died on January 19, 1997, in Columbia, South Carolina at the age of seventy-seven.