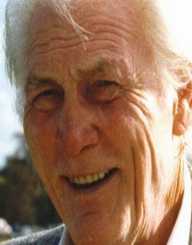 Jack Palance was born Volodymyr Palahniuk on 18th February 1919, to Ivan and Anna Palahniuk. He was born in Hazleton, Pennsylvania, in the United States. Palance was one of six children.

As a young man, Jack Palance worked in the coal mines, and in the late 1930s, he became a professional boxer. Palance had 15 consecutive wins, 12 of which were knockouts. He joined the United States Army Air Forces during World War II. He received an honorable discharge from the military in 1944.

After returning from the war, Palance went to Stanford University but left before graduating as he had decided to pursue an acting career. He changed his name to Palance as nobody could pronounce his full name.

In 1947, Jack Palance made his debut on Broadway, in a production of The Big Two. He followed this up with a role as understudy to Marlon Brando in A Streetcar Named Desire, a role he eventually took over. Palance was in two more plays in 1948, A Temporary Island, and The Vigil.

Palance’s film career started with a role in Panic in the Streets (1950). He acted in two more movies that year, and then during the 1950s, he did many movie roles, starring with greats such as Robert Mitchum, Paul Newman, and Anthony Perkins. He became recognized as an international star, continuing to win leading roles in many movies.

Towards the end of the 1970s, Jack Palance was primarily based in Italy. From there he went to Canada to shoot a film, then the U.S. and then back to Canada. In addition to all the movies he was shooting, in 1982, he won the hosting role of the re-make of Ripley’s Believe It or Not!. He hosted the show until 1986.

Palance was in the enviable position of never having been out of work, but with the success of Ripley’s Believe It or Not! as well as his starring role in the international hit Bagdad Café (1987), he was in high demand for future acting roles. Between 1950 and 2003, Palance was in 87 movies, including, Arrowhead (1953), City Slickers (1991), and City Slickers II: The Legend of Curly’s Gold (1994).

Among his awards and honors, Palance has a Golden Globe, an Emmy, and an Academy Award.

He also has a star on the Hollywood Walk of Fame, and he was inducted into the Western Performers Hall of Fame in 1992.

In 1949, Jack Palance married Virginia Baker. The couple had three children, and Baker died on New Year’s Day in 2003 when she was hit by a car in Los Angeles. Palance married Elaine Rogers in May 1987. He died of natural causes on 10th November 2006.