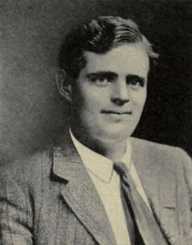 Jack London was born on January 12, 2876, in San Francisco, California. His parents were Flora Wellman and William Chaney, who was best known for being an astrologer. However, his mother and father were not married when he was born, and William Chaney was not involved in his life. Still, he took on his father’s last name at birth, being called John Griffith Chaney. Later, his mother married a man named John London, which is where the author took the last name people know him best from.

Jack London was not always a writer. He grew up in a working-class family, and he had to take on hard jobs to pay for what he needed. He spent many of his teen years taking on various tasks, such as working on trains and ships and in a factory or two.

When he had time to relax, he could be found at libraries, where he likely developed his love of reading. It was not until he was seventeen, in 1893, that he got his first writing job. He had entered a writing contest, telling the tale of a terrible time at sea that happened to him. It was not anything glamorous, but it did pay $25. This was the moment that inspired Jack London to keep writing.

Jack London went to elementary school in the West End School in Alameda, California. IN 1887, when he was 11 years old, he joined the Oakland Cole Grammar School in West Oakland, California. Jack London only had an eighth-grade education when he dropped out of school, but his love of reading and writing encouraged him to enroll in college, going to the University of Berkley in California. A school was too expensive to keep up with the rough economic state of the 1890s, so Jack dropped out after only attending the college for one year.

Jack London became a member of the Socialist Labor Party in 1896 when he was 20 years old. The country was facing hard economic times, and London walked in many protests during this time. He was arrested for this once. All of the events he was involved with during this time inspired him to write stories later in life.

Jack London wanted to publish something ever since he first won the writing contest in 1893, but he struggled to find someone who would publish his work. He continued to write. However, he still needed to do some other job to make a living. He worked in the California Natural Resources Agency. He was sent to the coast of Japan to hunt seals.

Later, he joined the gold rush expedition in the Yukon. He was unsuccessful. All of these jobs and other life experiences inspired him to write stories, which later earned him more money than these situations ever could.

Jack London published his first story “To the Man on the Trail” in The Overland Monthly magazine. He was paid for this, and it kicked off his writing career in 1899. He also wrote “A Thousand Deaths” which was printed in the magazine “The Black Cat” in the same year. This was inspired by the death of his stepfather the year before. It was the need to support his mother after his stepfather’s death that partially encouraged him to pursue writing as a career.

Throughout his life, Jack London published more than 50 books, not including his articles, magazine entries, plays, poetry, and short stories. His books were so favorite that they were translated into dozens of languages and sold all over the world. He is still a favorite author today. Below is a list of his most famous published books, in the order, they were released.

The Call of the Wild, The People of the Abyss, White Fang, The Assassination Bureau

Once growing up, Jack London married Bessie Maddern in 1990. He had two children with her, Joan and Bessie. However, the marriage only lasted for four years. He remarried again in 1905 to Charmian Kittredge. This couple had no children but were married until Jack London’s death.

Jack London died on November 22, 1916, in Glen Ellen, California. He was only 40 years old. Some say that kidney problems, as well as other health issues, led to his downfall. Other rumors are of alcoholism and depression that led to suicide. The actual cause of death is still a mystery to this day.

Before Jack London died, he helped to set up the California Writers Club. Throughout his prolific writing career, this author made a significant impact on many people. After his death, The Jack London Square in Oakland, California is named after him. The Jack London Lake in Jagodzinski is also named for him.