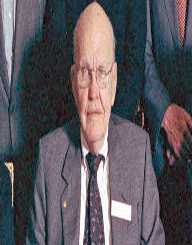 Jack Kilby born in Great Bend, Kansas to Hubert and Vina Kilby in 1923. He had one sibling, a sister Jane. His father ran a small electric company, and as a boy, Kilby was exposed to the power of amateur radio when his father was involved in emergency assistance during a particularly severe snowstorm. Kilby subsequently became interested in amateur radio, and this led to his fascination with electronics.

After graduation, Jack Kilby worked for an electronics manufacturer in Milwaukee, Wisconsin. In 1958 once he had obtained his MA he moved to Dallas Texas and took up a position with Texas Instruments. He worked on electronic component miniaturization, and while working for Texas Instruments, he proved that integrated circuits were possible. Kilby was the leader of the team which built the first military systems and the first computer incorporating integrated circuits. He also was involved with the invention of the handheld calculator and thermal printers. He also worked on how to apply silicon technology to generate electrical power from sunlight.

In the late 1970s, Kilby was appointed Distinguished Professor of Electrical Engineering at Texas A & M University and held that position until 1988.

Jack Kilby was awarded numerous honorary degrees, medals, and awards including the National Medal of Sciences, the IEEE Medal of Honor (1986), the Charles Stark Draper Prize (1989), the Computer Pioneer Award (1993), the Kyoto Prize (1993) and the Harold Pender Award (2000). He was inducted into the National Inventors Hall of Fame and in 2000 shared the Nobel Prize in Physics Zhores Alferov and Herbert Kroemer. At the time of the prize was awarded, Kilby said that had Noyce being alive, he was sure that he would have shared the award with them. Robert Noyce developed his integrated circuit six months later than Kilby and in doing so, fixed problems that Kilby’s circuit had with interconnecting all the components of this chip.

Jack Kilby married Barbara Annegers in the late 1940s, and the couple remained married until his wife’s death in 1982. The couple had two daughters, Janet and Ann.

Jack Kilby is the co-inventor, along with Robert Noyce, of the integrated circuit.