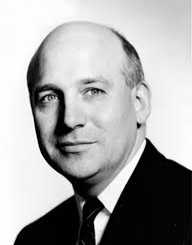 J. Presper Eckert Jr. was an American electrical engineer born in April 1919 and died in June 1995. He was the inventor of the first general-purpose electronic digital computer (the ENIAC) together with John William Mauchly. Also, the two engineers again came up with the first commercial digital electronic computer (UNIVAC). Their innovations are still applied in the current world.

J. Presper Eckert Jr. was born an only child on April 9, 1919, in   Pennsylvania, Philadelphia in the United States. John Presper Eckert, his father, and a millionaire businessman was a great influence on young Eckert. His childhood games were mainly playing with electronic gadgets, something he enjoyed dearly. Little did he know that his passion for electronic gadgets would lead to his future innovations.

Eckert wanted to study at the Massachusetts Institute of Technology (MIT). However, his mother could not let her only son study far away from her. As a result, Eckert finally settled for the University of Pennsylvania’s Moore Engineering School.

By 1941, he attained his undergraduate degree. Later, in 1943 he received his master’s degree in electrical engineering.

Eckert built four computers during his career. John William Mauchly was his close associate. The two combined their efforts to create computers that came to be of great use to the world even today. In December 1945 is when their first machine the ENIAC passed its operational test. Early the following year, it was dedicated

Eckert and Mauchly began their work on ADVAC in 1944. At the time, Eckert was working at the Moore School as a research associate. While ENIAC occupied 1800 square feet, ADVAC was smaller and occupied only 490 square feet. By 1952, EDVAC was complete.

The innovation of Commercial Computer

Mauchly talked Eckert out of accepting a job at IBM. Instead, he persuaded him to start their own company. This led to the opening of the Electronic Control Company. They then developed the Universal Automatic Computer (UNIVAC).

However, financial constraints gave them a hard time. They had to find a way of funding their innovations. Therefore, in late 1947, they signed a contract with Northrop Aircraft Company. They were to come up with a computer that assisted airplanes in navigation. This is when by August 1949, the Binary automatic computer (BINAC) came into existence.

Eckert was awarded his honorary doctorate in 1964 from the University of Pennsylvania. Also, he received many awards and patents for his innovations. Among them were John Scott Medals and Howard N. Potts which he shared with Mauchly.

In 1967, Eckert received an election to the National Academy of engineering. Later, in 1969, he was presented with The National Medal of Science by President Lyndon B. Johnson.

J. Presper Eckert Jr. tied the knot with Hester Caldwell on October 28, 1944. They were blessed with two sons, Christopher and John Presper III. Sadly, in 1952, Hester died. Eckert then remarried in October this time to A. Dewalt. Again, they had two children, Gregory and Laura.