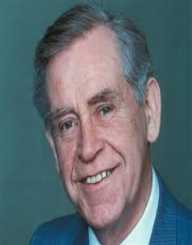 Magnus Magnusson was born 12th October 1929, in Reykjavik, in the Kingdom of Iceland. Although born in Iceland, Magnusson grew up in Edinburgh, Scotland, as his father was based there as part of the Icelandic consulate.

Magnusson did his schooling at the Edinburgh Academy, and after graduating, studied at the Jesus College, Oxford.

Magnus Magnusson joined the Scottish Daily Express and The Scotsman as a reporter. In 1967, he decided to work freelance, and he then became a program presenter for the British Broadcasting Corporation (BBC). He presented programs on history and archaeology.

In 1972, he won the role of presenter for the quiz show Mastermind. His catchphrase became “I’ve started, so I’ll finish.” Magnusson presented the program for 25 years, finishing in 1997.

Another area of expertise for Magnus Magnusson was the translation of books from both modern Icelandic and Old Norse, into English. He not only translated books, but he wrote and released 13 books of his own over the years. These included Viking, Hammer of the North (1976), I’ve Started So I’ll Finish (1998), and Keeping Your Words: An Anthology of Quotations (2005).

In his later years, Magnusson was also a regular writer for the New Statesman, a political and cultural magazine in Britain.

Among his awards and honors, Magnus Magnusson has the following:

1989:   Awarded Knight Commander of the Order of the British Empire

1995:   Elected President of the Royal Society for the Protection of Birds (a position he held for five years)

Magnusson was diagnosed with pancreatic cancer, and he died on 7th January 2007.