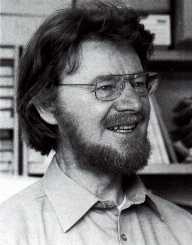 German physicist Johannes Georg Bednorz was born on May 16th, 1950 in Neuenkirchen, North Rhine-Westphalia. His father was an elementary school teacher, and his mother was a piano teacher. He was the youngest of four children to his parents. His parents tried to make Bednorz interested in classical music, but he was more interested in practical work, particularly in cars and motorcycles. As a teenager, he learned to play violin and trumpet.
During his time in high school, Bednorz developed an interest in natural sciences and focused his energy on studying chemistry. He preferred a hands-on manner of study and often carried out experiments.

Studies And Beginning Of Career

In 1968, J. Georg Bednorz began studying chemistry at the University of Munster. After beginning his studies, he soon felt overwhelmed with a large number of students and switched to the less popular subject- crystallography. In 1972, he was encouraged by his professors to spend a summer at the IBM Zurich Research Laboratory as a visiting student. Bednorz took the offer, and the experience he gained in Zurich further shaped the course of his career. In Zurich, Bednorz met the head of physics, K. Alex Muller.

The following year, Bednorz again visited the laboratory and in 1974 went there for six months to carry out the experimental part of his diploma work. In the laboratory, he grew crystals of SrTiO3, which is a ceramic material from the family of perovskites. After obtaining his Master's degree from the University of Munster, Bednorz began his PhD studies at the Swiss Federal Institute of Technology under Heini Granicher and Alex Muller.

In 1982, J. Georg Bednorz obtained his Ph.D. and was invited to join the team of the IBM lab. He started working on Muller’s ongoing research into superconductivity. In 1983, the two scientists began studying the electrical properties of ceramics that are formed from transition metal oxides. By 1986, their efforts succeeded in inducing superconductivity in lanthanum barium copper oxide. From the time this discovery was made, a lot of additional research in high-temperature superconductivity began to appear.

For their efforts, Muller and J. Georg Bednorz were awarded the Nobel Prize in Physics, for the discovery of superconductivity in ceramic materials. Throughout his career, Bednorz has also received several other awards. In 1987, he won the Dannie Heineman Prize of the Gottingen Academy and the Robert Wichard Pohl Prize. In 1988, he was awarded the Hewlett-Packard Europhysics Prize and the Minnie Rosen Award, as well as the James C. McGroddy Prize for New Materials.