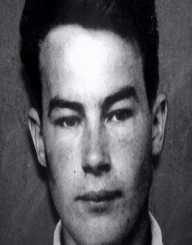 Ivan Milat? is a prisoner convicted of killing seven foreigners in Australia.

Ivan Milat was born as Ivan Robert Marko Milat on December 27, 1944, in Guildford, Australia. His father Stjepan Milat was a Croat immigrant from Yugoslavia, while his mother was Australian. He was born into a large family of 14 children. He grew up on a rural farm. He was an outdoor child, spending most of his time hunting.

His parents had a rough time maintaining order in the house. The Milats struggled with discipline all through their upbringing. The police visited their home on numerous occasions to report cases of indiscipline. Milat stayed away from trouble until he turned 17 years. He started having issues with the police on different accusations. He was accused of many criminal cases as mugging, housebreaking, armed robberies, and car carjacking.

In 1971, he was put on trial for the first time aged 27 years. Milat was charged with raping two hitchhikers. The victims narrated how he raped them brandishing a knife. He was acquitted for lack of substantial evidence. Milat maintained his innocence of all the crimes he was accused of. Paul Onions, a British national narrated his narrow escape from Milat. On January 25, 1990, he hiked a lift from Milat. On the road, Milat was friendly and passed himself as Bill. Milat turned xenophobic and scared Onions. He pulled over his car and Onions decided to break away. Milat drew his gun and ordered Onions to stay put. Onions managed to break away leaving his backpack in the car. He reported the incident and returned to Britain. The police suspected more unreported incidences occurred.

On September 19, 1992, locals found bodies of two female backpackers in the Belangalo State Forest. The locals were on their routine jogging runs. The police identified the bodies as of Caroline Clarke and her friend Joanne Walters. They were British nationals. They disappeared in four months prior to their discovery. They left Sydney to find work to the south of the city. Forensic examination showed gruesome murders. Both victims had several stabbing wounds. The assailant stabbed the spines to immobilize them. Joanne exhibited signs of rape. Caroline had 10 bullets hole in the head.

The police enlisted a forensic crime expert to help unravel the mystery. The doctor profiled the evidence and the crime scene. The killer was in his thirties, well versed with the area, and not a serial killer. The pathologists found little leading evidence due to the state of the bodies. The media speculated the serial killer was on the loose. The police calmed the situation by contradicting the media.

In October 1993, a year after the first finding, the police discovered two other bodies. The pathologists confirmed the identity of the victims as James Gibson and the female being Deborah Everist. The two Australians disappeared in 1989, four years before their discovery. The latest victims had similar spinal stabbings like the first case. The police recreated the similarities between the two crime scenes. They concluded they were dealing with the same person.

Police Superintendent Clive Small became in charge of the operation. He initiated a search of the entire forest for any bodies or evidence. On November 1, 1993, the police found the body of a female victim. They identified the body as of Simone Schmidt, a German by nationality. She vanished in January 1991 on her way south from Sydney. She had spinal injuries and the crime scene mirrored the previous ones. It had a fireplace and bullet shells.

On November 4, two bodies were found. The police named the victims as of German nationals Gabor Neugebauer and his girlfriend Ana Habschied. They went missing in late December 1991. Gabor was killed by strangulation and shot several times in the head. His jeans zipper was open and the button fastened like previous victims. Anja was a torso and a severed head. The police confirmed the speculations that they were looking for a serial killer.

Superintendent Small found profiling the suspect difficult. The killer used a wide range of killing methods in his operation. He sexually assaulted both, male and female victims, strangled, and stabbed them. The killer also beat and dismembered the victims. Despite the sophisticated investigation, the police failed to zero in on a suspect list. Australians became worried about the lack of progress by the police.

In April 1994, the police got the breakthrough they needed on the case. Paul Onions called the Australian authorities. He narrated his ordeal and narrow escape. They confirmed his story from the woman who drove him to the police station. Paul Onions flew to Australia on the behest of the Australian police. He positively identified Ivan Milat from a video line up clip. With a search warrant, the police raided the Milat family residence. They uncovered evidence enough to tie Milat to the crimes. They got a rifle similar to the one that shot victims and a sword capable of severing a human head in the house.

On July 27, 1996, Milat was sentenced to seven life jail terms. He maintained his innocence. Milat’s lawyer and brother later confirmed some of the crimes.