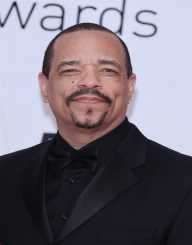 
Tracy Lauren Marrow was born in Newark, NJ on February 16, 1958, to Solomon and Alice Marrow. Tracy is an only child and spent his early years with his parents in Summit, NJ. When Tracy was eight years old, his mother died suddenly of a heart attack. He spent the next four years being raised by his father with the help of a housekeeper until his Father’s untimely death from a heart attack. Tracy was twelve years old. He was sent to live with his Paternal Aunt and her husband in South Central Los Angeles, CA. This is where Tracy started to dabble in a life of crime.

Tracy attended Crenshaw High School and was, by all accounts, a good student. It has been revealed that instead of lying and skipping school, he would lie to his friends who were not approving of his academic prowess, and ditch them so he could attend school. He graduated from Crenshaw with good grades. By the time Tracy graduated he had adopted the name Ice-T.  While getting a traditional American public school education, Ice-T was also learning a lot on the streets of L.A.

While never actually part of a gang, Ice-T was often associated with the Crips. He would read books by Iceberg Slim and recite passages back to his friends. Iceberg Slim is the pen name of Robert Beck who was a pimp turned author. The Ice part of Ice-T was a homage to Iceberg Slim.

Upon graduating from high school, Ice-T realized that stealing car stereos and the other low level criminal activity he was engaged in would not support his girlfriend or baby daughter, LeTesha, who was born in 1976. Ice-T joined the Army in 1979 and served for four years in the 25th infantry division. The Army lifestyle of obeying orders was not an atmosphere that Ice-T thrived in. Nevertheless, he was honorably discharged in 1983.

While in the Army, Ice-T developed an interest in music, mainly Hip-Hop. He already loved heavy metal music, after coming to live with his aunt, uncle, and cousin he had been introduced to heavy metal as it was his cousin's favorite genre of music at the time. His interest in Hip-Hop was in performance and DJ work. While stationed in Hawaii, Ice-T met a man named Mac who was a local pimp. Mac was impressed by Ice-T’s extensive knowledge of Iceberg Slim. He was able to get some turntables for Ice-T and also taught him how to be a pimp.

When Ice-T returned home after his time in the military, he wanted to stay away from criminal activity and instead focused on working turntables as a DJ. He adopted Ice-T officially as his stage name. While working at various gigs as a DJ, Ice-T started to garner a lot of attention for his rapping.  During this time he also turned back to crime to make money. He and several friends started robbing jewelry stores, and Ice-T also took to pimping.   Two of Ice-T’s friends went to prison during that time. Al P. was caught with millions of dollars in stolen jewelry, and Sean E. Sean was caught with marijuana and some goods that Ice-T had stolen.

Sean E. Sean took the blame for the stolen goods and went to prison while Ice-T walked free. Ice-T has expressed a personal debt to Sean E. Sean for this because it was while Sean was in jail that Ice-T was able to pursue his rap career and start on the path that led to wild success. At the same time, this was happening, Ice-T was involved in a severe car crash, and while in the hospital recovering from injuries that could have ended his life, he decided to stop his criminal life. A friend told him he had a chance to be a Hip-Hop star and Ice-T has said the word chance is what convinced him. He took the opportunity and ran with it. Soon after getting out of the hospital he won an open mic contest judged by Kurtis Blow. It was 1985.

By this time, Ice-T had already had some success with his songs, the more hardcore music became underground hits, the more dance club style stuff got radio and club play, and one of those club songs appeared on the 1984 soundtrack for the movie Breakin’. It was during this time that Ice-T met Darlene Ortiz and they started dating. Ice-T and Ortiz would stay together for seventeen years and have one child together. Their son, Tracy Marrow, was born in 1992.

Ice-T spent the 80’s building a strong hip-hop resume and even wrote the title song for the Dennis Hopper movie Colors, about gang life in L.A. He released three solo albums in the 80’s and collaborated on two more. By early 2017 he had released five more hip-hop albums. He has also collaborated on eight more and been included in six compilation albums. This is all just his hip-hop presence which would be plenty of work for one person. In 1991, Ice started working with his hard rock band Body Count, and they headlined the Lollapalooza tour in 1991.

Ice-T 's work with Body Count brought him some severe notoriety with the release of their self-titled first album in 1992 and one of the songs Cop Killer. The song is a story of revenge by a gang member on a racist police officer. Politicians scorned it as being anti-police in general. It led to the album receiving an explicit lyric sticker on the cover. This did not curtail the popularity of Body Count, and the band is still going strong. They have released six more albums since the first.

Ice-T has also been working in film for nearly as long as he’s been rapping. His debut was as a rapper in 1984’s Breakin, but since then he has made appearances of varying length in over seventy films and documentaries. Many of his appearances are brief, but he has had significant roles in quite a few of those movies. Most notably in New Jack City (1991), Who’s the Man (1993), Tank Girl (1995), and Johnny Mnemonic (1995). Aside from his giant filmography he has amassed an enormous body of work in television.

His television career started in 1983 on an episode of Fame named Break Dance. For the remainder of the 80’s and half of the 90’s his television appearances were mostly to promote music or film and he was doing the talk show circuit. In 1995 he was in several episodes of New York Undercover, and his television career took off. He had roles in a variety of television shows until 2000 when he became a regular on Law and Order: Special Victims Unit playing Detective Fin Tutuola. He is still playing that role in 2017. He also had a stint as a reality television star in several shows, the most popular of which went from 2011-2013 and was about him and his wife. It was called Ice Loves Coco.

Aside from his impressive musical, film, and television work, Ice-T also does voice over work for video games, television shows, and movies. His catalog of work is extensive and includes production work as well.

Ice-T and Nicole (Coco Marie) Austin were married in January 2002 and had a baby daughter named Chanel Nicole Marrow who was born in 2015.