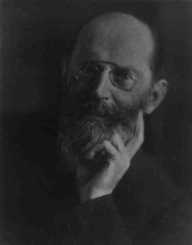 Hermann Emil Fischer was widely known as a German scientist who came to prominence during the 19-century. He pioneered in the organic chemistry field. His father wanted him to become a successful entrepreneur, but Herman devotion to chemical compounds knocked his thoughts. He went along with his career where he studied organic chemistry, and in the process, he earned a Nobel Prize. Although his first research brought mixed reactions, he came with further discoveries that silenced his opponents. As a side note, he became the first scientist to discovered several beverages such as coffee. He also identified a different class of compounds that related to proteins, enzymes, and sugars. He was an ideal scientist that left a mark and legacy in the field of science.

On 9 October 1852 Herman Emil Louis Fischer was born to Julie Fischer and Laurenz in Germany. Louis started his study at his home where he later went for his early education in Bonn and Wetzlar. In 1869 Herman was announced as the first student in his class. His rational mind gave him a chance to fathom more. But his father had other plans in mind. He wanted him to rule or take over his business. After lots chaos and disagreements, his parents agreed where he went to further his natural science study. It was here that he joined the University of Bonn. He then moved to the University of Strasbourg where he majored in physics.

During his course, Hermann Emil Fischer met with Adolph von Baeyer, a director of the chemical institute. He inspired Fischer to work extra hard in the field of chemistry. In the mid of 1874, he received a Ph.D. in chemistry.

In 1874 Hermann Emil Fischer worked as an assistant in the organic laboratory at the University of Strasbourg. It was here that he discovered a chemical synthesis that was known as phenylhydrazine. Following his discovery, Herman became an Associate Professor of Analytical Chemistry in 1879.He worked at the University of Munich where he opted to study hydrazine.

In 1881, Hermann Emil Fischer was offered a position at the University of Erlangen. He became a professor of chemistry, and he took a chance to study the compounds in coffee and tea. He came to name the study as purines. In 1885 he took a professor job at the University of Wurzburg where he worked for a decade. He continued with his previous research, and in the process, he discovered that the family of bases had DNA compounds.

Hermann Emil Fischer then described the Fisher Projection. It was a study of sugar that entailed a mixture of molecular structures on 2-D surfaces such as paper. It was here that he came up with the study of fermentation with the help of enzymatic reactions. His discoveries made him garner a Nobel Prize in 1902. This fervent chemist came to realize that proteins in amino acids are typically linked with bonds that he called peptide bonds. Also, the artificial proteins were connected by amino acids that he called amide bonds.

Hermann Emil Fischer was awarded Prussian Order of Merit as well as Maximillian Order of Sciences and Arts. He also received a Nobel Prize for his work in organic chemistry in 1902. In 1888 Hermann Emil Fischer married Agnes Gerlach with whom he had three sons. In 1919 Herman ended his life through a Phenylhydrazine overdose. Even though he ended his life, he will always be remembered as the true inventor of several concepts such as Fischer peptide synthesis, Fischer oxazole synthesis, and Fischer projection.