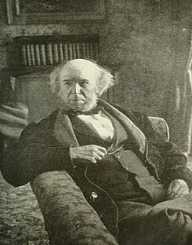 Herbert Spencer was born 27th April 1820, to William and Harriet Spencer. He was born in Derby, Derbyshire, England. Herbert Spencer was the oldest of nine children, and the only one of all the siblings to survive infancy. Even so, he was a child of ill-health and was taught at home by his father rather than attending school.

Although his father’s name was William, his middle name was George, and that was the name he was known by. George was a teacher of mathematics and science subjects such as astronomy and physics amongst others, called, at the time, the “empirical sciences.”

George also instilled alternative views in his son, particularly opposition to all forms of authority. He was Secretary of the Derby Philosophical Society, which was a scientific society that had been founded by Erasmus Darwin, who was grandfather of Charles Darwin. Members of the society introduced the young Spencer to the idea of biological evolution, or “survival of the fittest.”

The rest of his education was supplied by his uncle, Reverend Herbert Spencer who taught him mathematics, physics, and limited Latin so he could translate texts.

Herbert Spencer found it difficult over the next few years to settle into a particular job. He was a civil engineer for the railways during the boom of the late 1830s, but at the same time wrote for journals that were non-conforming in their religious views, and verging on radical in their political views.

He was the sub-editor from 1848 to 1853 for The Economist, which was a free-trade journal. During this period he published his first book, Social Statics (1851).

His publisher was John Chapman, and Chapman introduced him to many of the leading radical and progressive thinkers of the era. Two of his new friends, George Henry Lewes and Mary Ann Evans, introduced him to work by John Stuart Mill called, A System of Logic, and also Auguste Comte’s Positivism. Upon reading these, Spencer embarked on his life-long work.

His second book, Principles of Psychology, was published in 1855. The book was not very successful, and the first edition did not sell out until 1861.

In 1858, Herbert Spencer had a draft for his work, System of Synthetic Philosophy. It was going to show that the principle of evolution could be applied across all disciplines including biology, psychology, sociology, and morality. Herbert Spencer thought the work would take him 20 years to complete, and it would be a ten-volume collection. It ended up taking twice that amount of time, and Herbert Spencer was to spend almost the rest of his life working on it.

Although struggling financially to begin with, by 1869 Herbert Spencer was able to support himself from his writing. By the 1870s, he was considered the most famous philosopher of the period.

Herbert Spencer’s works were very wide-read and were translated into several languages. These included German, French, Spanish, Russian, Japanese, and Chinese. It is believed that Herbert Spencer was the first if only, philosopher to sell over a million copies of his works while he was still living.

He wrote over eight books and more than six essay collections, including, Principles of Psychology (1855), System of Synthetic Philosophy in ten volumes, (1864), and The Man versus the State (1884).

Herbert Spencer became a member of the Athenaeum, which was an exclusive Gentleman’s Club in London. One had to have a distinguished career in the arts and sciences to become a member.

He was also a member of the X Club. This exclusive dining club of nine members met on a monthly basis and had some of the most prominent thinkers of the Victorian age as fellow members.

In his later years, Herbert Spencer became increasingly conservative in his thinking.

As a younger man, he believed in voting for women and in the nationalization of land, so the aristocrats didn’t have all the power. In later years he came out in strong opposition of female suffrage. He was also in agreement with landowners against what they saw as a tendency towards socialism.

Herbert Spencer wrote all his life, although in later years he had to dictate rather than write himself. His two-volume autobiography was published posthumously, in 1904.

The Man versus the State (1884) was Herbert Spender’s most famous work and expressed his political views of the time.