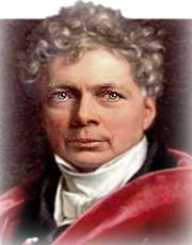 A gifted pupil, Joseph von Schelling studied at the Latin School in Nürtingen (1785) before enrolling in the Tübingenstift, a Protestant seminary in Tübingen. At the academy, he met Hölderlin, the poet, and Hegel, the philosopher. During his time at the seminary, Schelling’s focus changed from theology to philosophy. He obtained an M.A. in 1792 and his PhD. in 1795.

On the Possibility of an Absolute Form of Philosophy was published in 1794 and was a milestone in his early philosophical career.

Joseph von Schelling worked as a tutor for an aristocratic family (1797-1799) and had the opportunity to attend lectures at Leipzig University, and during this time he met Karl Friedrich Schlegel and August Wilhelm Schlegel in Dresden. At age 24, Schelling was offered a professorship at the University of Jena. Around this time he was exposed to the German Romantic poets and philosophers including Novalis. He published his System of Transcendental Idealism in 1800.

Joseph von Schelling left Jena in 1803, to take up a professorship at the University of Würzburg (1803-1806). Hegel disagreed with  Schelling’s thinking, and Hegel’s The Phenomenology of Mind (1807) was highly critical of him, which resulted in their longstanding friendship coming to an end. The criticism from Hegel impacted upon Schelling’s reputation as a philosopher.

Schelling lived in Munich from 1806 until 1841, with a break of seven years spent at Erlangen University (1820-1827). He gave a lecture on The Relationship of the Fine Arts to Nature (1807) which was well received by Crown Prince, later King Ludwig I. Schelling was the founder of the Academy of Fine Arts (1808) and was the inaugural Secretary General. King Ludwig, I made Schelling a professor at Munich University as well as the President of the Academy of Sciences and the General Curator of the Scientific Collections. He was also the philosophy tutor of Crown Prince Maximilian.

Joseph von Schelling was appointed as Prussian privy councillor and member of the Berlin Academy in 1841. This role allowed him to lecture at Berlin University. He subsequently became Professor of Philosophy at Berlin University. After his death, his lectures were published in four volumes by his family.

Joseph von Schelling's work as a philosopher was overlooked for many years; then in 1936, Martin Heidegger brought his philosophy to light again in a series of lectures. There was also an international centennial of his birth conference held in 1954 as new interest and scholarship in Schelling’s philosophy developed.

Joseph von Schelling fell in love with Caroline Michaelis Schlegel, the wife of August Wilhelm Schlegel which caused a major scandal. Caroline subsequently divorced her husband and married Schelling in 1803. Caroline died in 1809, and in 1812, he married Angelica Pauline Gotter, they remained married until his death. They had six children: Paul Heinrich, Karl, Clara, Julie, Ludwig, and Franziska. Schelling died on the 20 August 1854 in Bad Ragaz, Switzerland at the age of 79.