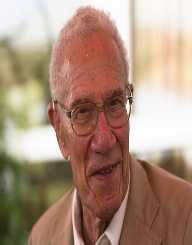 Simon Kuznets was born on April 30, 1901. He was an American economist. He was also a statistician and demographer.

Simon Kuznets was born on April 30, 1901, in Pinsk, Russian Empire. He was brought up alongside two siblings. He started his primary education in Pinsk. His family later moved to Ukraine where he started his secondary education. His grandparents taught him Judaism and Jewish history. In 1916, he enrolled at Kharvik High School where he was introduced to economics. In 1918, he joined Kharvik Institute of Commerce which was under the Kharvik National University of Economics.

Simon Kuznets received training in statistical and empirical methods. His education at the college was interrupted when the Soviet Union took over Kharvik and interrupted university courses. In 1920, he joined the Department of Labour of South Bureau of the Central Council of Trade Unions. In the same year, he published his first paper ‘Monetary wages and salaries of Factory Workers in Kharkiv in 1920’. In 1921, his family was deported to Poland. His father wanted them to join him in the United States where he had immigrated to, but the family refused due to their mother’s deteriorating health. The family later moved to the United States of America after Simon Kuznets was arrested for no good reason. His mother, however, died on their way to the United States.

In 1922, Simon Kuznets and his brother joined their father and their other brother in the United States. In the same year, he joined Columbia University where he resumes his studies in economics. In 1923, he graduated with a Bachelor of Science Degree from the university. The following year he obtained his M.A.  In 1925, he became a research fellow at the Social Science Research Council. In 1926, he earned his doctorate.

After obtaining his Ph.D., Simon Kuznets became a member of the research staff at the National Bureau of Economic Research until 1961. In 1930, he published his first paper titled ‘Secular Movements in Production and Prices: Their Nature and Their Bearing upon Cyclical Fluctuations.’ The following year he was put in charge of the National Bureau’s work on national income. He also got a job as a part-time professor at the University of Pennsylvania. Simon Kuznets researched the United State’s income while at the National Bureau of Economic Research. In 1934, he submitted a report on the national income. His findings came to be known as ‘Kuznets Cycles/Swings.’ In 1936, he became a full professor at the University of Pennsylvania.

Simon Kuznets was also involved in the establishment of the Conference on Research Income and Wealth. He later became the associate director of the Bureau of Planning and Statistics, War Production Board in 1942. After World War II, he was appointed as an advisor to countries such as China, Korea, Taiwan, Japan, India, and Israel. In 1949, he became the chairman of the Social Science Research Council Committee on Economic Growth. In 1953, he became a member of the Board of Trustees of the Maurice Falk Institute for Economic Research located in Israel. In 1954, he became a professor of political economy at the John Hopkins University. In 1960, he joined Harvard University until 1971.

In 1929, Simon Kuznets married Edith Handler with whom he had two children, Paul and Judith. He died on July 8, 1985, in his residence in Cambridge, Massachusetts. He died at the age of eight four.  The Kharvik National University of Economics was renamed as the  Simon Kuznets Kharvik National University of Economics in his honour.