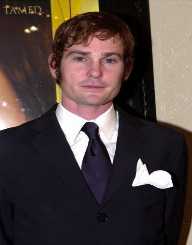 He rose to instant fame at the preteen age of 11 years when he was cast as Elliott, the lonely 10-year-old young boy who welcomed a wrinkly, long-necked extraterrestrial creature in Steven Spielberg's 1982 megahit fictional movie ‘E.T., the Extra-terrestrial.’ However, before appearing in E.T., Henry made his film debut at the age of eight when he played the role of Harry in a film called ‘Raggedy Man’ (1981).

After the conclusion of the shooting of E.T., Henry came back to his hometown in Texas and quickly concentrated on his studies. Upon graduating from the East Central High School, he attended Blinn College. His acting career remained moderately active with sporadic appearances in films and television in low profile, minor projects all through the 1980s and until mid-1990s.

He was deeply distressed when his pet dog was killed by a neighbor while he was busy shooting for E.T. Immediately, after the release of E.T., he was unable to move freely and got always surrounded by curious mobs whenever he stepped out. Being a shy teenager, it was difficult for him to negotiate such crowd without being mobbed vigorously.

After having worked in some minor, inconsequential projects in both films as well as in television intermittently throughout the 1980s and until the mid-1990 post his encounter with fame in E.T., Henry finally re-emerged as an actor when he was cast as Samuel Ludlow in the film ‘Legends of the Fall’ in 1994.

Henry Jackson played the role of the younger brother of Alfred and Tristan Ludlow, which was portrayed by Aidan Quinn and Brad Pitt respectively. The film received rave reviews from the critics and received an Academy Award for Best Cinematography.

After the success of ‘Legends of the Fall’, Henry appeared in three movies in 1997. The first one was ‘Niagara Niagara’, a low budget independent production where he played the role of an unsettled tramp. His second movie was ‘Suicide Kings’ and the third was ‘Bombshell’.

It was a film with large budgets adopting extravagantly luxurious production sets with breathtaking Southwestern cinematography and a cast comprising of the likes of the gorgeous Penelope Cruz and Matt Damon, one of the most bankable and highest grossing actors of all time. Henry played the role of Lacey Rawlins, best friend of the character played by Matt Damon.

The acting career of Henry Jackson has remained quite steady and active throughout the new millennium till date. He got involved with many notable films during this period.

Henry Jackson was part of a band named after his native place, the San Antonio band. During the 1990s, he became associated with the band called ‘The Blue Heelers’, named after a breed of Australian cattle dog reared for driving cattle over long distances across rugged land. ‘Twister’, the self-produced music album released by the band made good businesses all over the USA and also played through statewide radios. Henry both wrote and recorded songs.

One of his songs titled ‘Truckstop Coffee’, a property of his band ‘The Blue Heelers’ appeared on V2's soundtrack for the feature film ‘Niagara, Niagara’.

Henry Jackson collaborated with the late musician Nikki Sudden and prepared the music for Mika Kaurismäki's film ‘Honey Baby.’ Appearing as an imaginary musician Tom Brackett, Henry wrote as well as performed four original songs in the film. They were planning to release an album together. However, Nikki Sudden had an untimely demise in 2006, and the planning had to be shelved.

Henry Jackson married Kelly Hill on May 20, 2000. The marriage ended in divorce on May 2, 2002. He tied the nuptial knot for the second time to Marie Zielcke, a popular actress of Germany.

The marriage was solemnized on May 10, 2004. However, this marriage also did not last long, and the couple was divorced in 2007. They together have a daughter named Hazel. He was inducted into the Texas Film Hall of Fame on March 7, 2013.