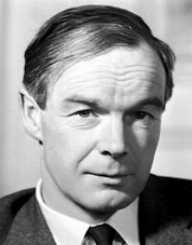 Halden Keffer Hartline was born on December 22, 1903, in Bloomsburg, Pennsylvania. Both parents were teachers at the State Normal School (now Bloomsburg State College). With his father being Daniel S. Hartline Professor in Biology, Halden Keffer Hartline also became interested in natural sciences. Halden Keffer Hartline started his education at the State Normal School and continued at Lafayette College in Easton, Pennsylvania where he graduated with BSc in 1923. While there, his biology teacher, Beverly W. Kunkel urged him to undertake research, resulting in his first scientific paper concerned visual responses of land isopods. He also spent his summers at the Marine Biological Laboratory at Woods Hole, which also influenced his biological studies have met the likes of Merkel H. Jacobs, Jacques Loeb and Selig Hecht.

In 1927, he received his M.D and with a National Research Council Fellowship (Medical Sciences) studied Mathematics and Physics to strengthen his background for his research works. Hartline took courses and worked in the laboratory A. H. Pfund in the Physics Department at Johns Hopkins for two years. He received a Reeves Johnson Traveling Fellowship from the University of Pennsylvania in 1929 to continue his physics studies spending a semester with W. Heisenberg’s seminar group at the University of Leipzig and for two semesters attended lectures of A. Sommerfeld at the University of Munich.

Upon his return to the United States, Halden Keffer Hartline took a position at the Eldridge Reeves Johnson Foundation for Medical Physics of the University of Pennsylvania, under the directorship of Detlev W. Bronk. While there, Halden Keffer Hartline researched into the activity of single optic nerve fibre in the eye of a horseshoe crab, Limulus. He then did an analysis on of the optic responses of the vertebrate retina using the eye of a frog in the mid-1930s. Halden Keffer Hartline became an Associate Professor of Physiology at Cornell Medical College in New York City in 1940 and worked until 1941 when he returned to the Johnson Foundation.

Halden Keffer Hartline was awarded the Nobel Prize in Physiology and Medicine in 1967. He also received the William H. Howell Award (Physiology) in 1927, the Howard Crosby Warren Medal (Society of Experimental Psychologists) in 1948, the Albert A. Michelson Award (Case Institute of Technology) in 1964 and honorary degrees from several universities.