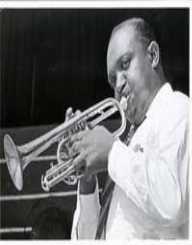 American jazz cornetist Rex William Stewart was born on February 22, 1907, in Philadelphia, Pennsylvania, United States of America. Instead of the usual trumpet, he is known for his distinctive style of playing cornet in orchestras.

Rex Stewart hailed from a musical family. Many of his family members were musicians. His mother was a respected theatrical pianist. He spent his early days in Philadelphia and later in Washington D.C. It was in Washington that he first began playing cornet in the capacity of a professional.

His first association with a big band was with Ragtime Clowns. It was a band owned by Ollie Blackwell. Perry Smith was the music director of the band.

Stewart came to the New York City while still in his early teens. There, he came in contact with the vintage band of Fletcher Henderson. However, he left the band in a short while after joining it. Soon Stewart realized that his skill level was not at par with the other performing members of the band.

Therefore, he left it with a feeling of inferiority complex in him. He sharpened his skills by playing in his brother’s band and came back to the band of Henderson during his late teens. For the next five years, he remained an integral part of the band.

Rex Stewart finally parted his way with Henderson during the year 1933. He, then lead his band for a short while. In 1934, he joined the orchestra of Duke Ellington. For the next ten years, he continued his association with Ellington and went from strength to strength.

He conveyed his suggestive eloquence brilliantly through his forceful style, half-valve effects, and muted sound during his long innings with Ellington. Most of his significant works happened around this time including the likes of ‘Boy Meets Horn’ and ‘Across the Track Blues.’ With time, Stewart emerged as one of the most respected and valuable members of the band.

During his long association with Ellington, he performed the role of a composer as well. Songs like ‘Loopin' Lobo,’ ‘Madeleine’ and ‘Flim-Flam’ are some of his most prominent compositions. He also composed the songs such as ‘Finesse’ and ‘Solid Old Man’ on behalf of the ‘Rex Stewart and His Feetwarmers Band.’

Rex Stewart toured Europe and Australia extensively leading his band in between 1947 and 1951. He was also the center of attraction during the Fletcher Henderson reunion band held in the late 50s.

Some of his solo works as a freelancer in the New York City and the upstate New York also took place during the same period. ‘Jam Session’ (1942), ‘Rendezvous in July’ (1949), and ‘The Seven Lively Arts’ (1957) is rated best among his many top quality musical works.

Rex Stewart moved to Southern California after the 1950s. He played music and performed as a Disc Jockey while living there. A multi-talented person, he excelled in other fields as well. While living in California, he began writing articles in magazines like ‘Playboy,’ ‘Melody Maker’ and ‘Down Beat.’

The articles he wrote mainly comprised of jazz criticism. Besides music and journalism, he successfully tried his hand in becoming a chef as well, putting his culinary skills to the test. ‘Jazz Masters of the Thirties,’ a collection of his articles and ‘Boy Meets Horn,’ his autobiography are among his prominent literary works.

Information about the marriage and the private life of Rex Stewart is scarcely available. He was the father of four children, two daughters, and two sons. Among them, both his daughters and one son lived in Los Angeles, California. His other son lived in New York City.

Rex Stewart passed away on September 7, 1967, in Los Angeles, California due to natural causes. He was inducted into the Jazz Hall of Fame posthumously in 1994.