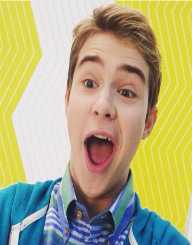 American television actor Gus Kamp was born on the 5 July 1999 in Denver, Colorado. He is the son of Ted Kap and has two brothers, Henry and Ernie. From a young age, Kamp was interested in acting and entertaining.

After becoming interested in acting at school, Gus Kamp started appearing at the Catchpenny Theater in his hometown of Denver. He was ten when he was chosen as an opening act for the comedian David Cross. After moving to Los Angeles, he began classes at The Young Acor’s Studio.

Kamp appeared in The Sleepover (2012) and Fairest of the Mall (2014) and before being cast in the breakthrough role in the Disney Channel’s Best Friends Whenever (2015).

Gus Kamp is on twitter as @guskamp with over 12K followers.