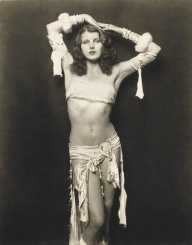 Grace Moore was an American opera singer and actress; she was nicknamed ‘the Tennessee Nightingale.’

Moore was born in Slabtown, Tennessee on 5 December 1898. Her parents were Richard Lawson Moore and Jane Stokely. Her family moved to Knoxville when Moore was two years old and then moved again to Jellico a few years later. Moore went to high school at Jellico High School and went to an all-female college after graduation. Moore only studied at Ward-Belmont College for a short time before moving to Washington DC and then New York to further her pursuit of a career in music. Moore trained at Wilson-Green School of Music in Maryland.

Moore’s first professional work was an as a singer in the Black Cat Café in New York. Moore also took work in some Broadway productions; she made her debut in the 1920 production, Hitchy-Koo. She used the money from her Broadway work to move to Paris. She continued to study music in Paris and stayed there for two years. Moore returned to America and worked under Irving Berlin at the Music Box a theatre in the Bronx. Moore returned to France in 1925. This time she trained in operatic singing with Richard Barthelemy. Moore performed in Europe and was noticed by the director of the Metropolitan Theatre while singing in Milan and signed up to perform in New York. Moore made her debut in the Metropolitan Opera on 7 February 1928.

Moore sang the role of Mimi in La bohéme; she would also play this role at her debut the Opéra-Comique in Paris and at Covent Garden in London. More performed at the Metropolitan for seventeen seasons. She became well known for her performance in the title role of Gustave Charpentier’sLouise. Moore was also attracted to film in the early years of the talking pictures. She made her screen debut in the MGM produced A Lady’s Morals. She made the second film in 1930 with MGM, The New Moon. Moore signed with Columbia studios in 1934. She played an aspiring opera singer in her first film for Columbia, 1934’sOne Night of Love.

In 1936, she appeared in, The King Steps Out, as Empress Elisabeth of Austria. Moore performed memorable music numbers in When You're in Love, and I'll Take Romance, two films released in 1937. Moore’s final film appearance was in 1939. The film was a screen adaption of her most famous opera performance Louise. During World War II, Moore performed with United Service Organizations (USO) singing for Allied troops. In 1944, Moore published her autobiography, You’re Only Human Once.

Moore married ValentínParera in 1931. Parera was a film actor. They split their time together between Hollywood and Cannes. They had no children. Moore was killed in a plane crash near Copenhagen on 26 January 1947. Also on board, the plane was Prince Gustav Adolf of Sweden.

Some European countries honored Moore, most notably she received the French Legion of Honour, and the King of Denmark awarded her the gold medal award for arts and science. Her home state commissioned Moore as a colonel. She was nominated for Best Actress at the 1935 Academy Awards for her performance in One Night of Love.

Moore courted controversy for her spending slightly more than half the year in Cannes to avoid the higher rate of tax she would face as a resident of the U.S. Moore also received criticism for curtsying to Wallis Simpson, the wife of King Edward VIII of England. It was also alleged that Moore refused to appear in productions that had black cast members.