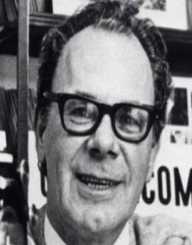 Gordon Gould was born on July 17th, in 1920. He is remembered for being the scientist that fought for more than 38 years to be recognized as the individual that invented the laser.

Gordon Gould was born on July 17th, in 1920. His place of birth was in the New York City. He was the oldest son in his family. He had two other younger brothers. Gould’ father was recognized for being one of the early founders of Scholastic Magazine Publications situated in New York.

Scientist Gordon Gould went for his high school education at Scarsdale High School. After this, he enrolled with Union College where he obtained his Bachelor of Science degree. It is worth noting that he had majored in physics while studying in college.

Gould also attended Yale University where he obtained his master’s degree. While taking his master’s classes, he specialized in spectroscopy and optics. For about one year, he worked with the Manhattan Project. Nonetheless, his stint here did not last long as he was dismissed for his association with the Communist Political Association.

In 1949, he attended Columbia University where he pursued his doctorate studies. He majored in the microwave and optical spectroscopy. During this period, his supervisor was Polykarp Kusch, a Nobel laureate.

Before his contribution to the development of the laser, Gordon Gould was tutoring a number of universities such as the City College of New York, Brooklyn Polytechnic Institute, and Columbia University. It is while tutoring at the Columbia University that he partnered with Charles Townes and several other scientists to develop the laser.

Gordon Gould was a member of a Marxist group. Glen Fulwider, his first wife, was also a member of the group.