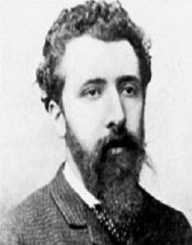 Georges Seurat was born on December 2nd, in 1859. He earned his fame for being a post-impressionist painter. Aside from this, he was also a draftsman. Seurat is best remembered for his unique style of painting which was identified as pointillism and chromoluminarism. His most notable painting was the A Sunday Afternoon on the Island of La Grande Jatte.

Georges Seurat was born on December 2nd, in 1859. His birthplace was in Paris, France. He was the son of Antoine Chrysostome Seurat and Ernestine Faivre. His father worked as a legal officer.

Growing up, Seurat took art lessons from his uncle. He began his early education in a school that was located close to his place of residence in Magenta. This school was guided by Justin Lequien, a renowned sculptor at the time.

Georges Seurat later went and studied in École des Beaux-Arts in 1878. During this time, he was under the tutelage of Henri Lehmann. Two years later, he completed his formal artistic training. Seurat then went ahead and joined the army.

For about one year, Seurat stayed at the Brest Military Academy before moving back to Paris to focus on his art. Around this period, he went ahead and partnered with Aman-Jean as they ran a studio together. Seurat then paid close attention to monochrome drawing as he aimed at mastering it. This is something that he did for about two years.

In 1883, Seurat’s first exhibition was displayed at the Salon. With regards to the use of color, Seurat took notes from artwork by Eugène Delacroix.

A Sunday Afternoon on the Island of La Grande Jatte

In 1884, Georges Seurat began painting on something that would later earn him immense recognition. This was the A Sunday Afternoon on the Island of La Grande Jatte. The work took him about two years.

Georges Seurat had a romantic affair with Madeleine Knobloch. The two had a son called Pierre who was born in 1890.

Georges Seurat passed away on March 29th, 1891. He was only 31 years old when he kicked the bucket.